Proposals for social programs like universal health care and free college are perceived as “largely socialist,” while existing ones like Social Security and Medicare are seen as “largely capitalist,” according to a Hill-HarrisX poll released Thursday.

Fifty-nine percent of registered voters said a universal health care is a largely socialist policy, compared to 17 percent who called it largely capitalist. Twenty-four percent of voters said they were unsure. 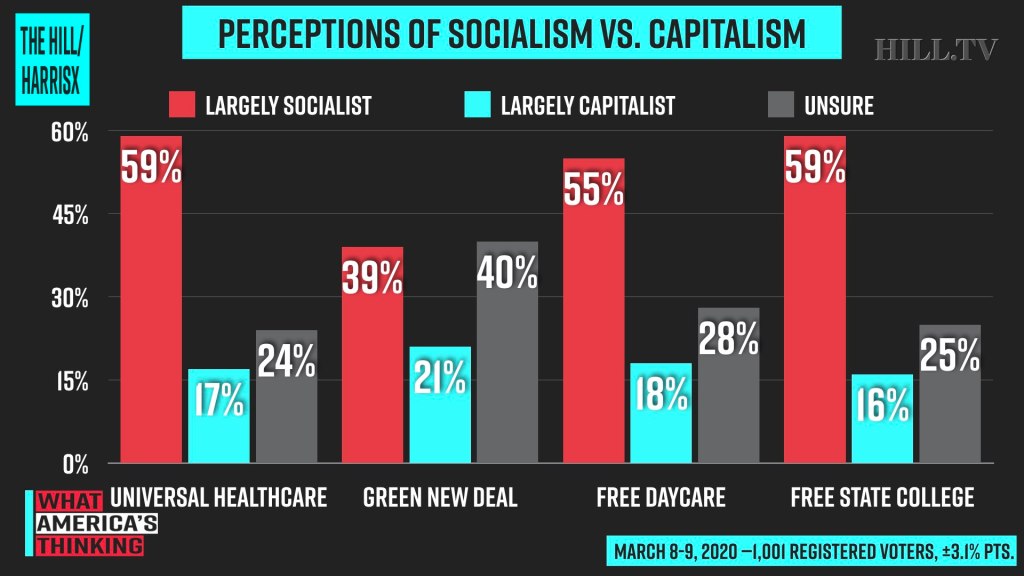 But when it came to the Green New Deal, respondents overall were less certain about how to label it. Four in 10 voters said they did not know whether to call it a largely socialist or a largely capitalist policy.

By contrast many social programs already utilized in American society were perceived to be largely capitalist.

A plurality of voters gave programs like Social Security and Medicare the descriptor of largely capitalist. 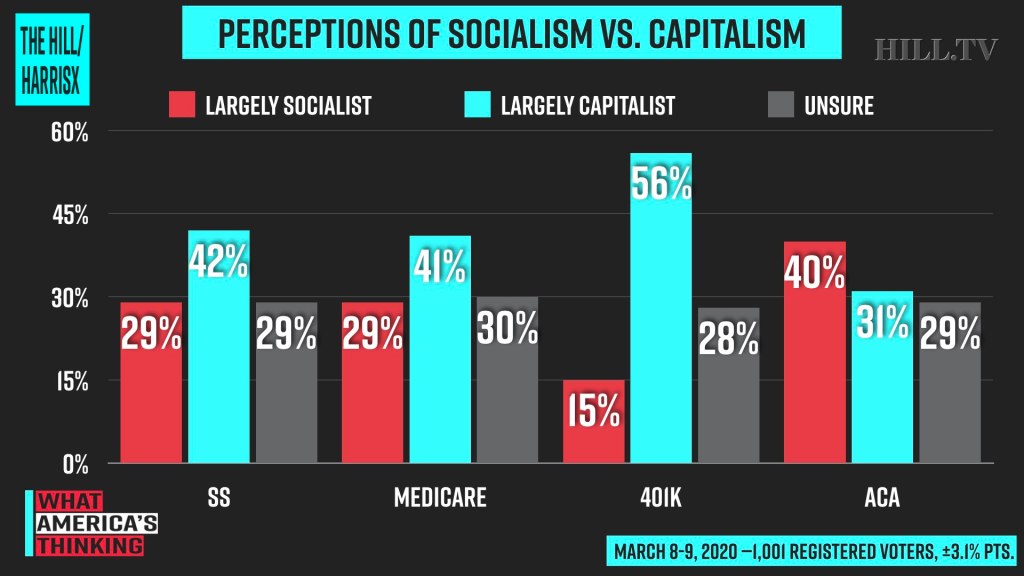 For all of the policies listed in the poll, at least 24 percent of voters were unsure of how to label them.

“Essentially every major developed country in the world has a mixed economy, it has a mix of government and a mix of the private sector,” Samuel Hammond, economist and director of poverty and policy welfare at the Niskanen Center, told The Hill.

“Because socialism, partly to the fault of the right, quite frankly — defining any sort of expansion of government as socialism — has really defined down the public’s definition of what socialism means,” Hammond added.

“It’s important to note when looking at these poll numbers that one in four Americans don’t know,” Mallory Newall, director of research at Ipsos, told The Hill. “They just don’t know whether universal healthcare is a capitalist idea or a socialist idea.”

The Hill-HarrisX poll was conducted online March 8-9 among 1,001 registered voters. It has a margin of error of plus or minus 3.1 percentage points.