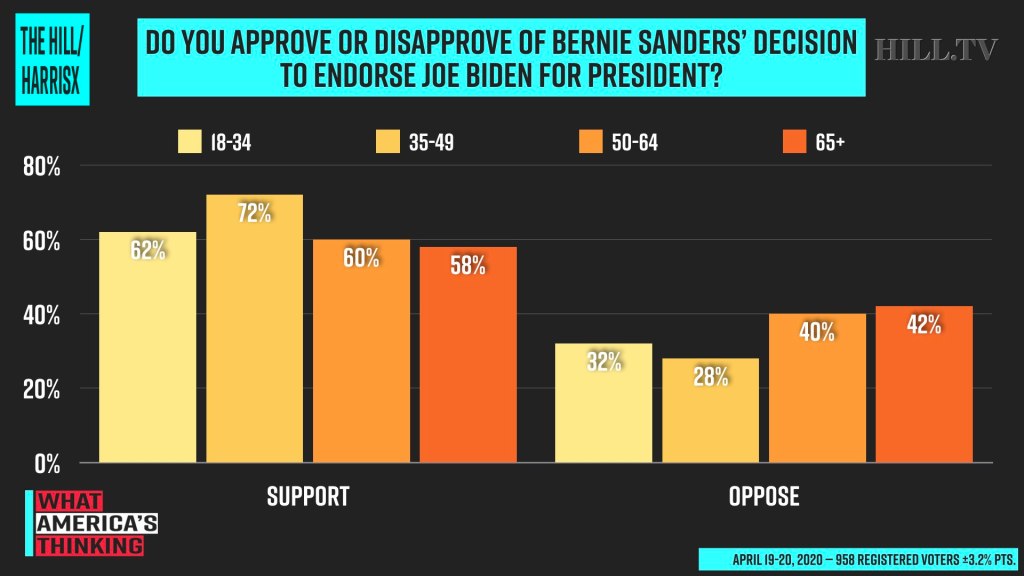 Sixty-two percent of voters 18 to 34 years old supported the Vermont senator’s endorsement, while a little over a third opposed it.

Fifty-eight percent of Republican voters said they opposed the endorsement.

Younger voters have been a weak spot for Biden.

According to a CNN analysis of all Edison Research surveys conducted during the primaries, Biden took just 16 percent of the vote from Democratic primary voters under 30 years old, while Sanders received 65 percent of that vote.

A recent Morning Consult survey, however, did find that Biden’s popularity among young voters had ticked up.