Republicans are more likely than Democrats to say the danger posed by the novel coronavirus has been “overstated,” according to a new Hill-HarrisX poll about media coverage of the disease.

Half of Republican voters, 50 percent, said in the poll that the media has overstated the danger of the virus, while 17 percent of Democratic voters said the same, a 33-point difference.

Democratic voters were much more likely to say that the danger posed by the virus has been covered accurately, 58 percent, compared to 25 percent of Republicans with that view.

Meanwhile, a quarter of Republicans and Democrats as well as 28 percent of independents said that the virus’s danger has been “understated” by the media. 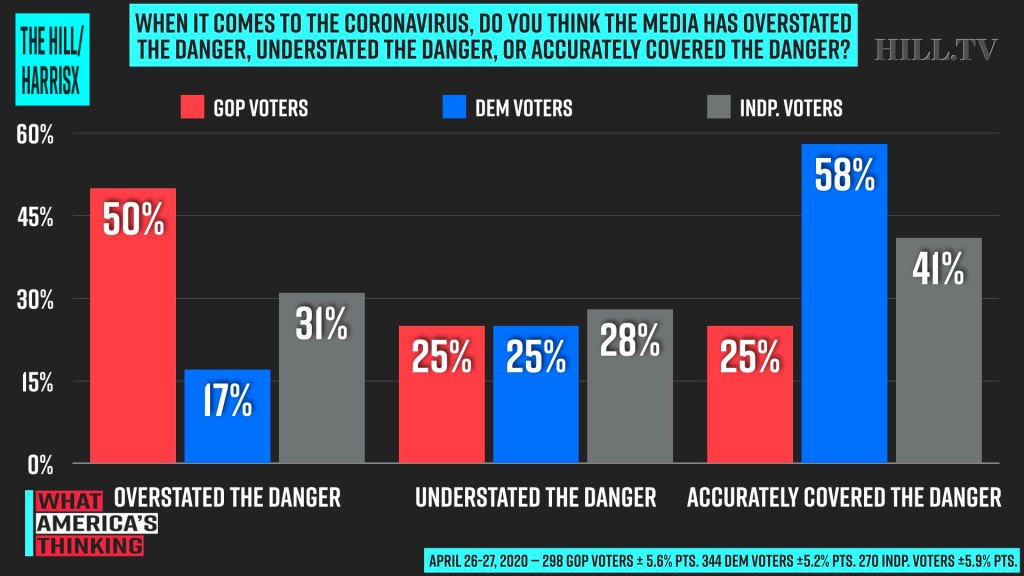 “What’s really striking to me here is when you look at these results by partisan affiliation,” Mallory Newall, Director of Research at Ipsos, told Hill.TV.

“Currently tribal divisions, partisan divisions are front and center on every single issue including, now, coronavirus,” she added.

The Hill-HarrisX poll of 958 registered voters was conducted online April 26-27 and has a margin of error of 3.2 percentage points.