The poll released Thursday finds that 33 percent of registered voters view the former vice president as moderate, compared to 20 percent who say the same of Trump.

Meanwhile, the survey found that more voters view Trump as conservative than view Biden as liberal, suggesting stronger support for Trump than Biden among their respective bases. 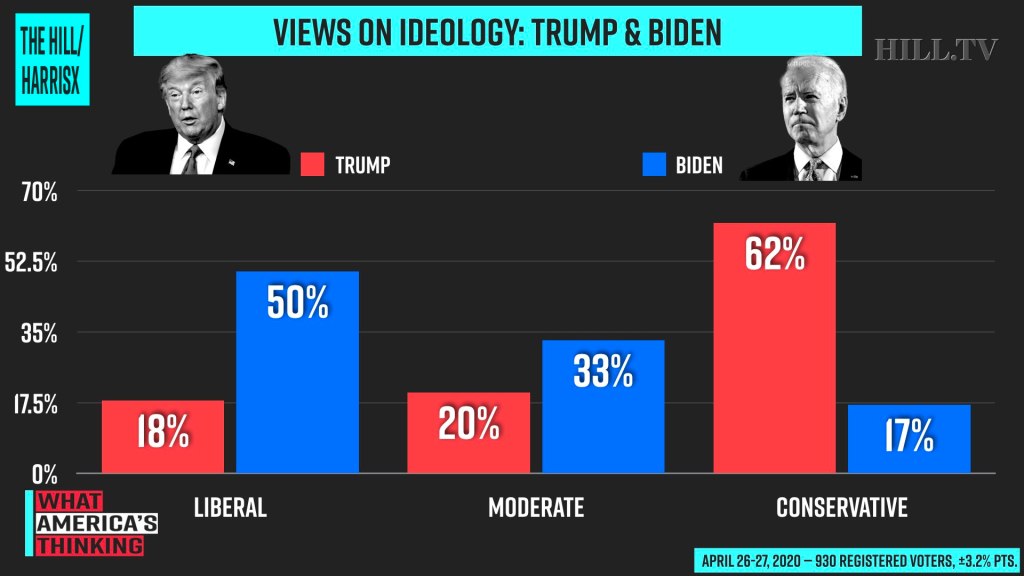 Independent voters are 10 percentage points more likely to say that Biden is the more moderate candidate, which could give the former vice president an edge come November. Thirty-eight percent of independents view Biden as moderate while 28 percent view Trump as moderate.

“Biden is seen as more moderate and more to the center by voters, giving him a a 10 point edge over Trump with independents,” Dritan Nesho, CEO of HarrisX and chief researcher at HarrisX, told Hill.TV.

“This is a gap that is unlikely to be overcome by the Trump team in the next several months, but also not insurmountable,” he added.

The Hill-HarrisX poll was conducted online among 930 registered voters between April 26-27. It has a margin of error of plus or minus 3.2 percentage points.