Voters are split on whether Washington, D.C., should be made the 51st state, according to a new Hill-HarrisX poll.

Fifty-two percent of respondents said they favored statehood for the District of Columbia, while 48 percent said the nation’s capital shouldn’t become a state.

The poll, released on Thursday, revealed some partisan divisions around the issue, with 58 percent of Democrats supporting statehood and 57 percent of Republicans opposing it.

The survey, released on Thursday, has a margin of error of plus or minus 3.18 percentage points. 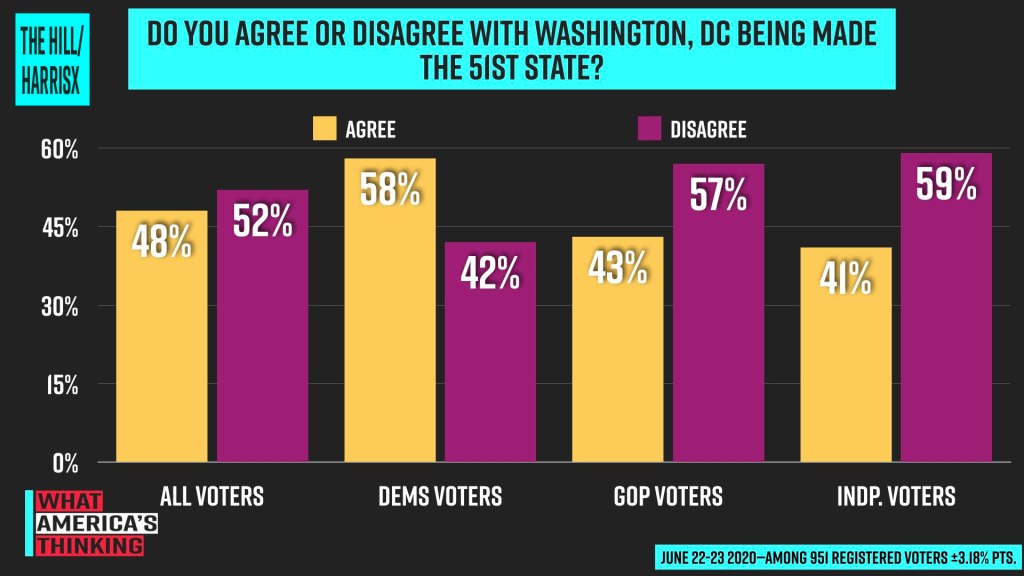 Granting statehood to the city would give Democrats more voting power in Congress. President Trump won just 4 percent of the vote in D.C. during the 2016 presidential election.

The White House on Wednesday threatened to veto any bill that would grant D.C. statehood, arguing it would be unconstitutional.

The House is scheduled to vote on a D.C. statehood measure Friday.

The Democratic-controlled House is expected to pass the legislation but it’s unlikely to advance in the GOP-led Senate.

The Hill-HarrisX poll was conducted online among 951 registered voters June 22-23.