Forty-three percent of registered voters said they would support Biden for president if the election were held today.

By contrast, 39 percent of voters in the July 3-4 survey said the same of Trump.

Eight percent of voters are still undecided, down a percentage point from last month. 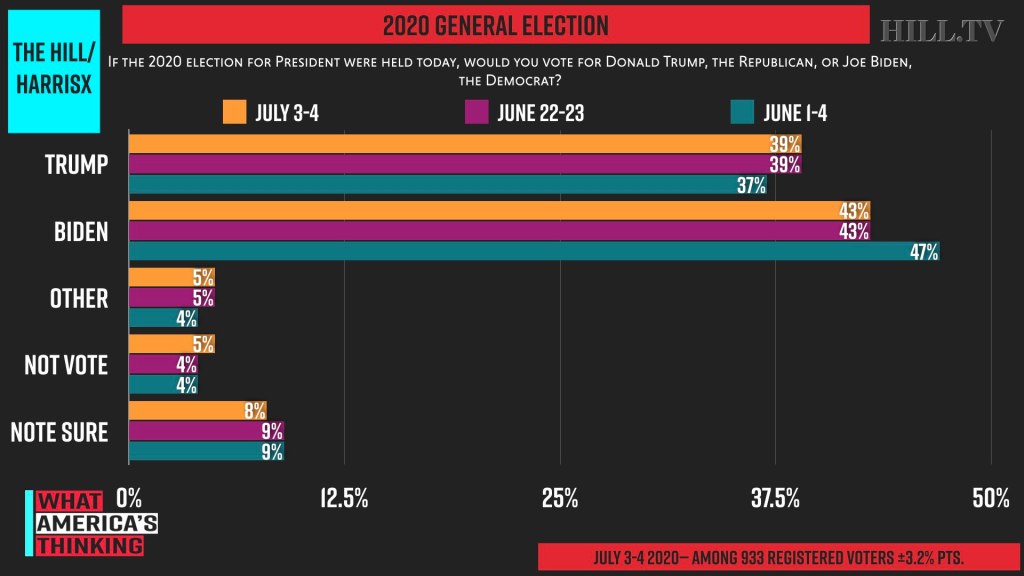 The poll found Biden’s lead has narrowed from last month’s bump, where Trump was trailing the former Vice President by 10 points.

“We know the enthusiasm gaps between Biden and Trump, with Trump’s supporters being very enthusiastic and insistent on voting for him, margins that close are problematic,” Woodbury added.

The latest real clear politics average has Biden ahead nationally by 8.7 percentage points.