Majorities of voters across demographic groups support a federal jobs program that would create jobs for the unemployed, a new Hill-HarrisX poll finds.

Seventy-nine percent of all registered voters in the July 3-4 survey said they supported such a program, including 47 percent who were strongly in favor, a 1-point increase from an October 2019 survey.

Eleven percent said they opposed a federal jobs program and another 11 percent of voters said they were unsure. 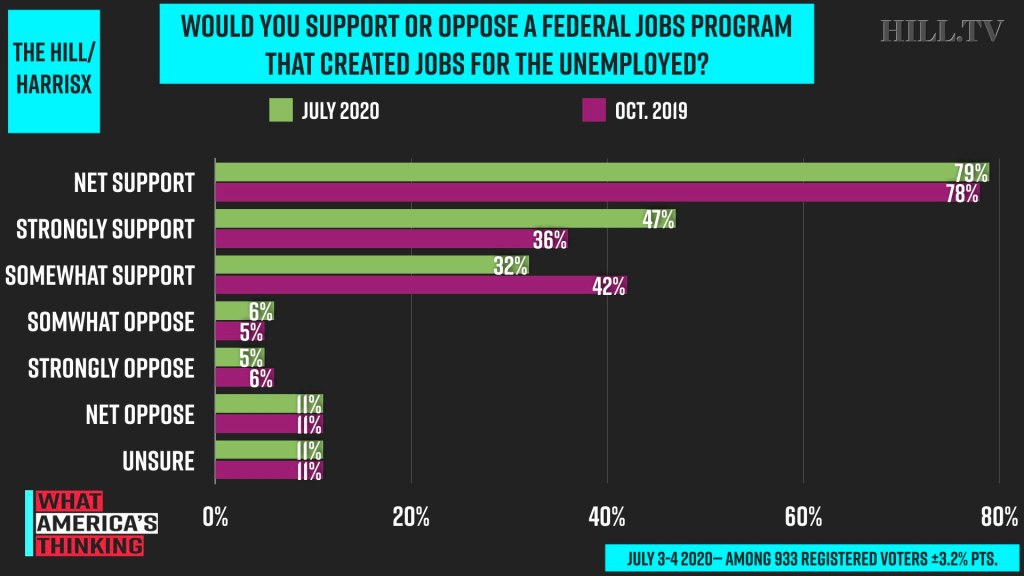 “Typically we see splits across any of those cleavages but on a federal jobs program we really don’t,” Felicia Wong, president and CEO of the Roosevelt Institute, told Hill.TV.

“This actually says a lot about what the presidential candidates should be doing and should be thinking about with respect to their overall economic program,” she added.

Thursday, former Vice President Joe Biden laid out his economic vision for the country during a stop in his hometown of Scranton, Pennsylvania.

23 hours ago
The Debrief
4 days ago