Sixty-six percent of registered voters think it is inappropriate to use the terms “kung flu” or “China virus” when referring to COVID-19, a new Hill-HarrisX poll finds, while 34 percent say it is appropriate. 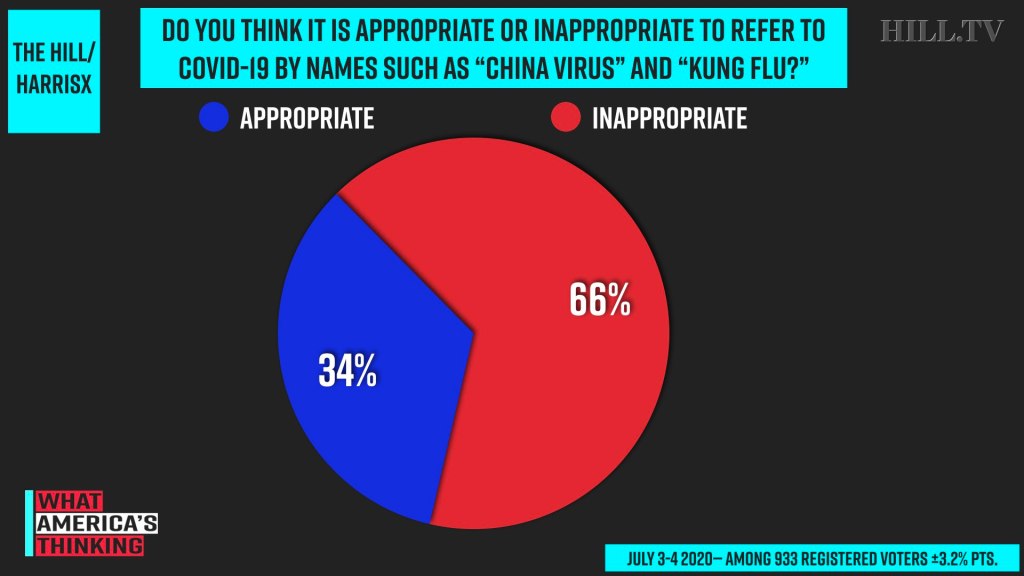 The July 3-4 survey found 83 percent of Democratic voters and 66 percent of independents say it is inappropriate to use those terms when talking about the novel coronavirus.

Meanwhile, 56 percent of Republican voters said those terms, which President Trump has repeatedly used, are appropriate.

Critics say Trump’s rhetoric is partly to blame for an uptick in reported crimes against the Asian American community, while administration officials say he is trying draw attention to China’s role in the original outbreaks.

The survey found that 62 percent of voters who approve of Trump also believe the terms to be appropriate, while 38 percent of Trump backers said they are inappropriate.

Among those who disapprove of the president, 89 percent say the terms are inappropriate compared to just 11 percent who say they are appropriate.