More than a majority of voters say presumptive Democratic presidential nominee Joe Biden is mentally fit to be president, compared with less than half who said the same about President Trump, according to a new Hill-HarrisX poll.

The survey also found more voters said Biden, 77, was physically fit to be president compared with Trump — 60 percent to 56, respectively. 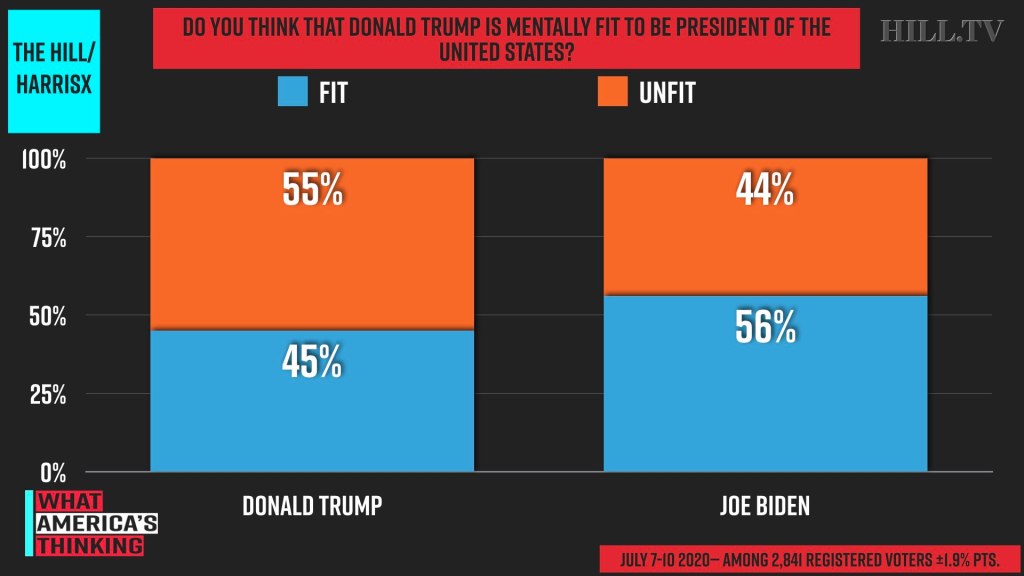 Seventy-nine percent of Republican voters, 45 percent of independents and 17 percent of Democrats said Trump, 74, was mentally fit for office.

By contrast, 84 percent of Democrats, 52 percent of independents and 29 percent of Republicans said the same of Biden.

Voters over the age of 50 were less likely to give Trump high marks on mental fitness.

The July 7-10 survey results come as the Trump campaign ramps up its questioning of Biden’s cognitive abilities. If elected, Biden would be the oldest first-term president.

The Hill-HarrisX poll was conducted online among 2,841 registered voters and has a margin of error of plus or minus 1.9 percentage points.