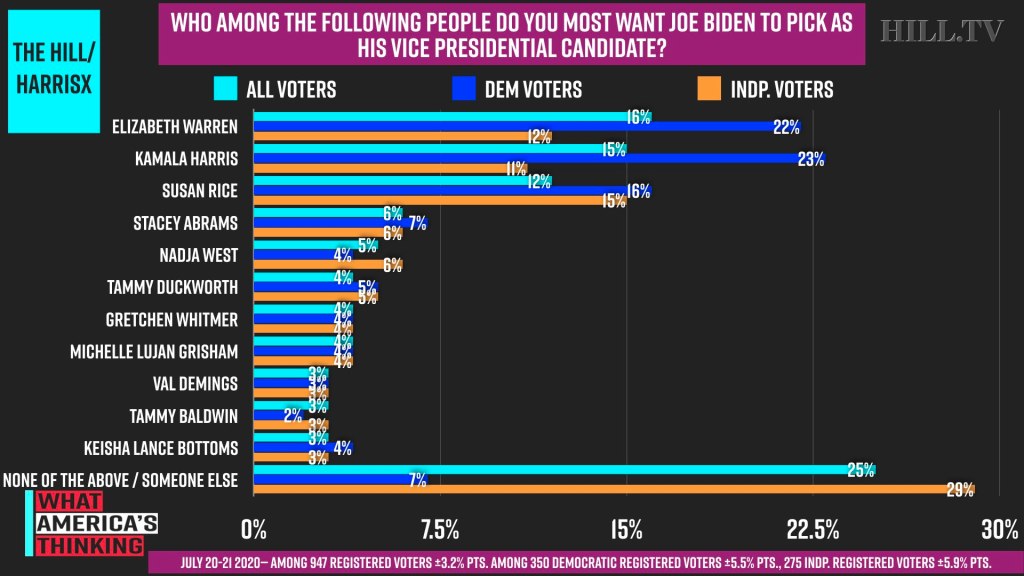 The two former Democratic candidates for president also top the list among all registered voters in the July 20-21 poll.

The survey found Warren and Harris also have the highest favorability ratings, at 37 percent and 35 percent, respectively, among the candidates listed, as well as having the most name recognition.

A July 7-10 Hill-HarrisX survey found Democratic voters prefer candidates who have previous government experience, are a woman and who are economically progressive. 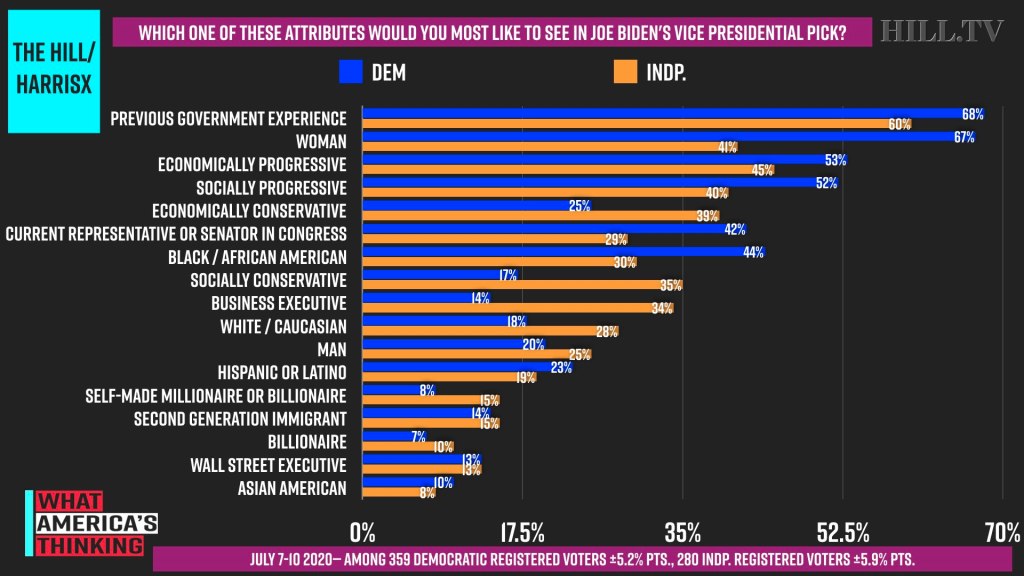 The July 7-10 poll also found that the majority of Democratic voters – 51 percent – said a VP candidate who has previous government experience would make them more likely to vote for Biden. Forty-seven percent and 39 percent said the same of a running mate who is economically progressive and a Black woman, respectively. 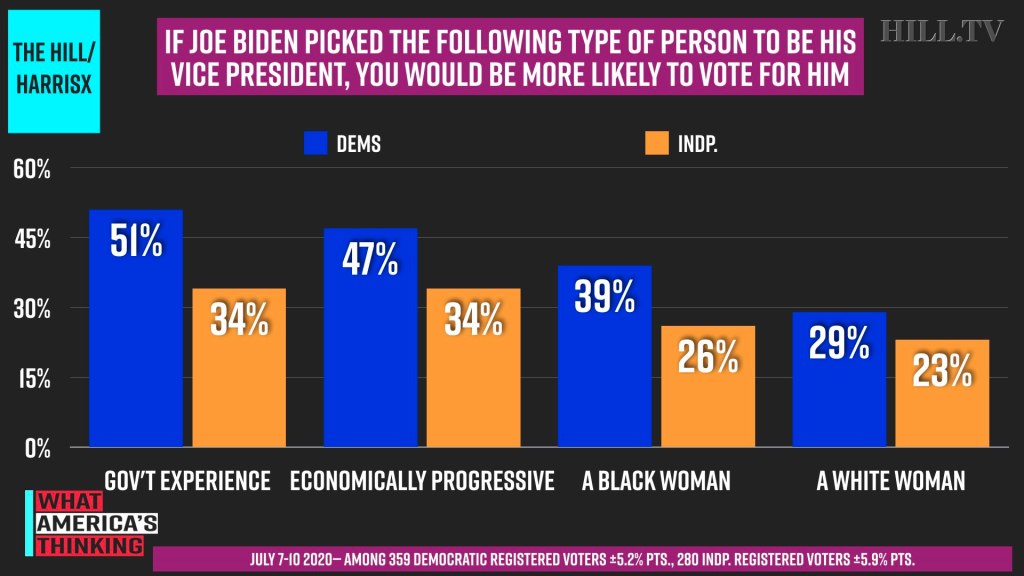 The survey comes as Biden is expected to announce his running mate in early August. He has already committed to selecting a woman.

“Voters foremost want Joe Biden to pick someone with government experience. And picking a progressive and a woman gives Biden a good lift with Democrats and independents, as well,” Dritan Nesho, chief researcher and CEO at HarrisX, told Hill.TV.

“So it looks like outsiders and billionaires are out in terms of voter preferences, and insiders with experience and safe hands are in,” he added. “Reflecting this trend, and given that Biden has already indicated he’ll pick a woman as vice president, Elizabeth Warren and Kamala Harris are the two names that pop out with voters, with Susan Rice giving him Biden some traction with independents.

The Hill-HarrisX poll was conducted online among 947 registered voters between July 20 and 21. It has a margin of error of plus or minus 3.19 percentage points.