A vast majority of voters support the idea of a national mask mandate, a new Hill-HarrisX poll finds.

Eighty-two percent of registered voters in the July 26-27 survey said they’d support a national mandate to wear facial coverings, including 61 percent who “strongly” back the idea and 21 percent who “somewhat” support it.

Only 18 percent of voters oppose a national mandate on masks. 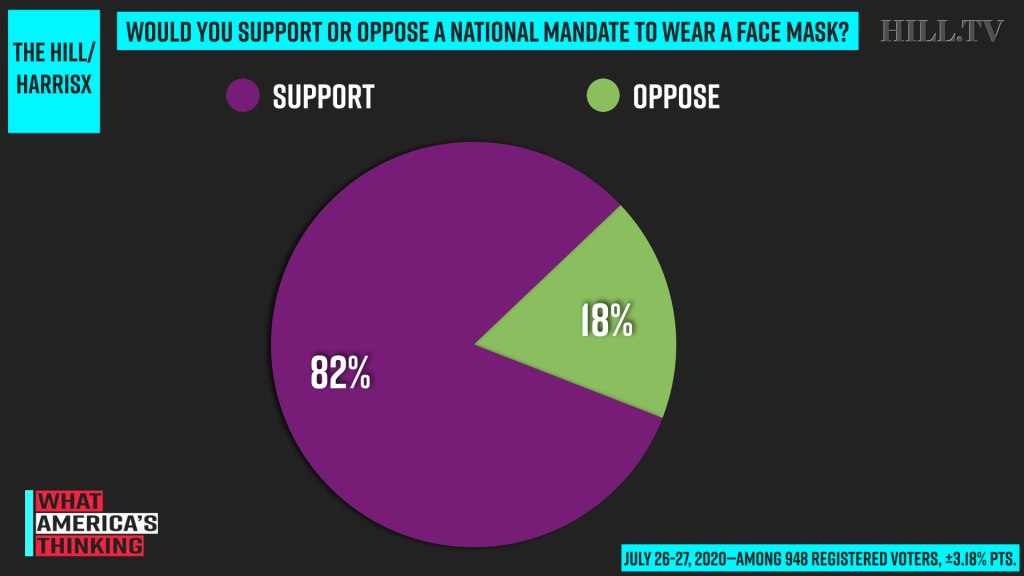 The idea has bipartisan support with 93 percent of Democratic voters, 85 percent of independents and 66 percent of Republicans endorsing it.

“The idea of a national face mask mandate is supported by an overwhelming majority of voters and is less of a partisan issue than you would think,” Dritan Nesho, chief researcher and CEO at HarrisX, told Hill.TV.

“Two-thirds of Republicans and over eight in 10 independents and nine in 10 Democrats are in favor of it,” Nesho added.

The Hill-HarrisX poll was conducted online among 948 registered voters between July 26 and 27. It has a margin of error of plus or minus 3.18 percentage points.