If the 2020 Presidential election were held today, 43 percent of voters would vote for former Vice President Joe Biden while 40 percent would chose President Trump, a new Hill-HarrisX poll finds.

Five percent of voters said they would cast their ballots for someone else if the election were held today, while 3 percent said they do not plan to vote.

Nine percent of registered voters in the poll are still unsure. 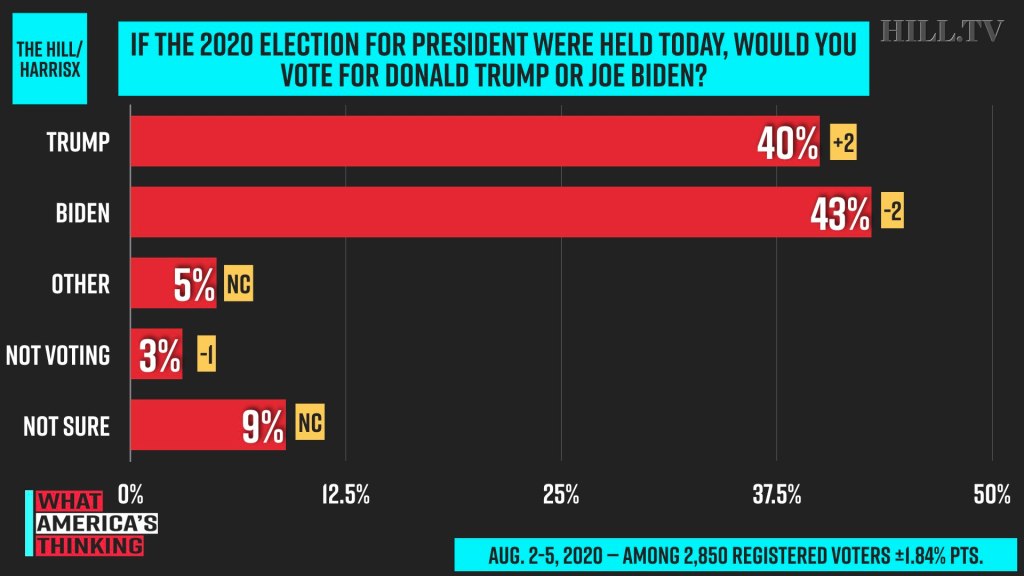 The survey found Trump made gains among voters in two key demographics.

Support among Midwestern voters rose from 38 percent two weeks ago to 42 percent in this most recent poll. Support for Biden among the same group fell from 45 percent to 39 percent.

The president also edges out Biden among independents in the latest poll, with 35 percent support, a 4 percentage point increase from last survey.

By contrast, 33 percent of independents prefer Joe Biden as their candidate for president.

The Hill-HarrisX poll was conducted online among 2,850 registered voters between August 2 and 5. It has a margin of error of plus or minus 1.84 percentage points.