Poll: 78 percent of voters support funding for US Postal Service in next relief package

An overwhelming majority of voters support including funding for the U.S. Postal Service (USPS) in the next coronavirus relief bill, a new Hill-HarrisX poll finds.

Seventy-eight percent of registered voters in the August 8-11 survey support including more funding to the USPS in the next stimulus package amid rising concerns that recent cost-cutting measures could hinder the agency’s ability to handle an expected surge in mail-in voting ahead of November’s elections. Only 22 percent of voters oppose the idea. 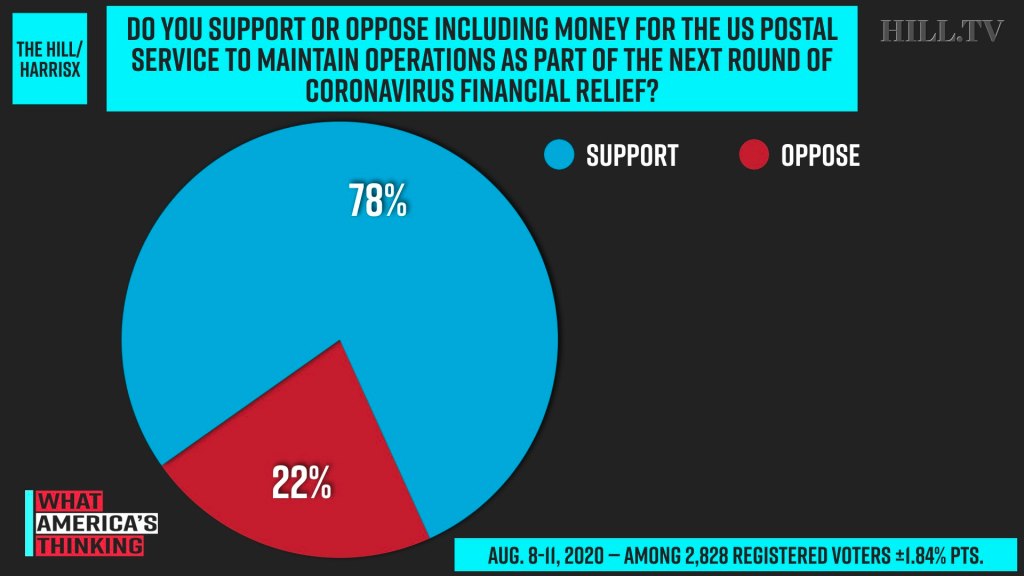 The survey found bipartisan support on the issue. Eighty-eight percent of Democratic voters support including funding for the Postal Service in the next relief package, along with 75 percent of independents and 70 percent of Republicans.

“The public is very much in favor of the government providing extra funding to help us get through this crisis,” Jackson added.

Among voters who approve of the job President Trump is doing as president, 73 percent support the USPS funding, while 27 percent do not.

The Hill-HarrisX poll was conducted online among 2,828 registered voters between August 8 and 11. It has a margin of error of plus or minus 1.84 percentage points.

The Debrief
6 hours ago

6 hours ago
Rising
7 hours ago

4 days ago
The Debrief
1 week ago