Four percent of respondents said they’d prefer a different presidential candidate, and another 4 percent said they don’t plan to vote in November.

Seven percent of respondents were undecided, a 2 percentage point decrease from the previous poll. 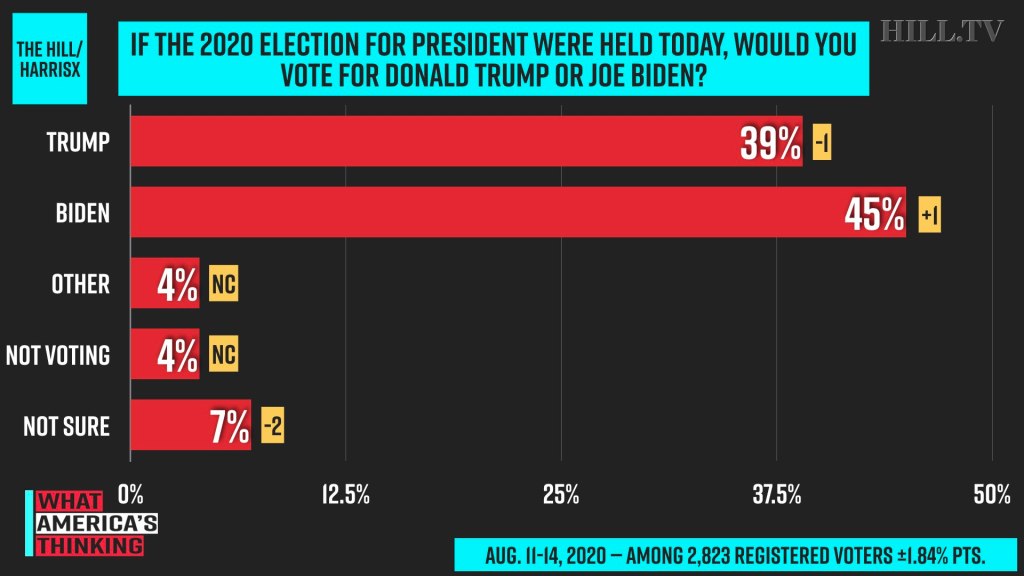 Eighty-two percent of Republican voters said they support Trump, while 11 percent said they’d vote for Biden if the election were held today.

The survey results come amid the Democratic National Convention, which is being held virtually this year because of the coronavirus pandemic.

During opening night on Monday, Democrats sought to appeal to Republican voters by giving former Ohio Gov. John Kasich (R), who ran unsuccessfully for president in 2016, a primetime slot for his speech.

The Hill-HarrisX poll was conducted online among 2,823 registered voters from Aug. 11-14. It has a margin of error of plus or minus 1.84 percentage points.