The Aug. 22-25 survey released Wednesday found that 8 percent of respondents were undecided in the race. 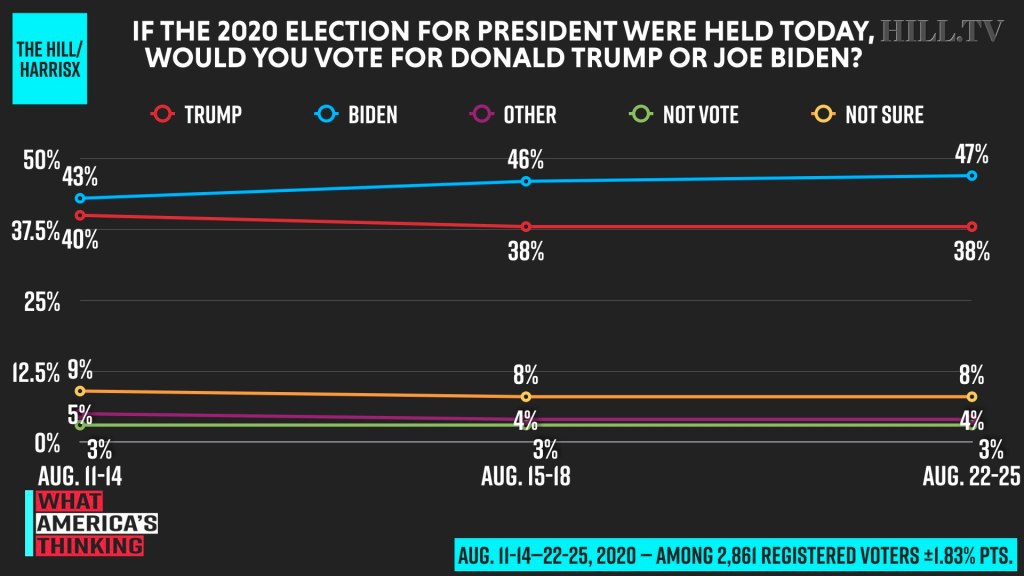 Biden holds a 10-point lead over Trump among independent voters in the poll, garnering 39 percent support to Trump’s 29 percent.

The survey comes as the Republican National Convention enters its third night, where Vice President Pence will be the featured speaker.

The survey of 2,861 registered voters was conducted online and has a margin of error of plus or minus 1.83 percentage points.