Democratic presidential nominee Joe Biden now leads President Trump by just 6 percentage points, down from a 9 point lead the previous week during the Republican National Convention, according to a new Hill-HarrisX poll.

Forty-six percent of registered voters in the Aug. 29-31 poll, conducted after the GOP convention, said they would choose Biden as president, a 1 percentage point dip from the previous survey.

By contrast, 40 percent of respondents said they would cast their ballots for Trump, a 2 point gain from the previous week.

Seven percent of voters said they were undecided, a 1 point decline from the earlier survey. 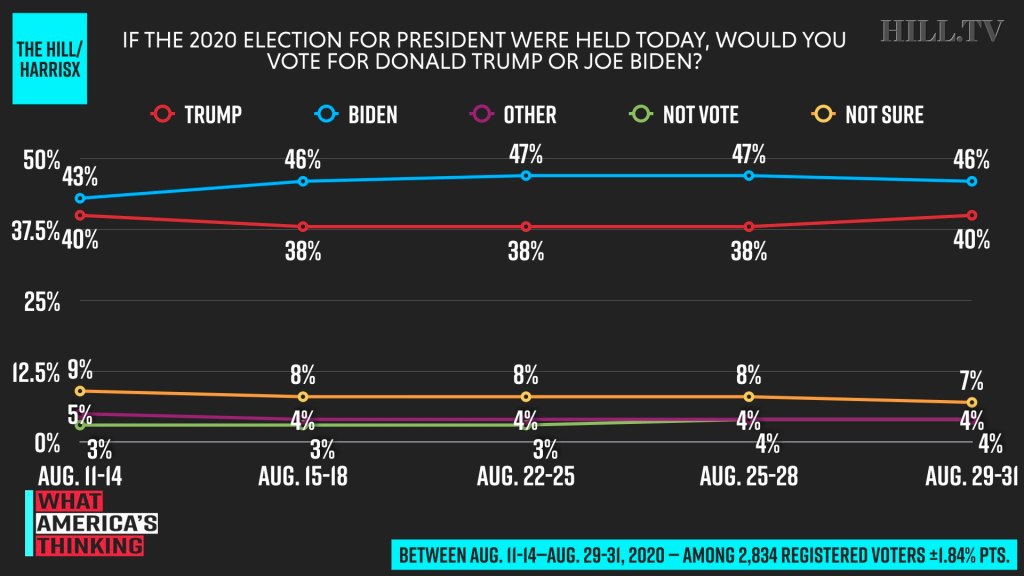 Trump’s gain came among Midwestern voters. Trump leads Biden 44 percent to 43 percent in the Midwest, after Biden held a 45 percent to 40 percent advantage the previous week.

The most recent Hill-HarrisX poll was conducted online among 2,834 registered voters. It has a margin of error of plus or minus 1.84 percentage points.