President Trump’s approval rating rose to its highest levels since June in the latest Hill-HarrisX poll.

Forty-seven percent of registered voters in the Sept. 5-8 survey approve of the job Trump is doing as president. By contrast, 53 percent of voters disapprove.

The survey found a 3-percentage-point increase from the last poll conducted Aug. 22-25, when Trump’s job approval was at 44 percent.

The last time Trump’s approval reached 47 percent was in a June 8-10 survey. 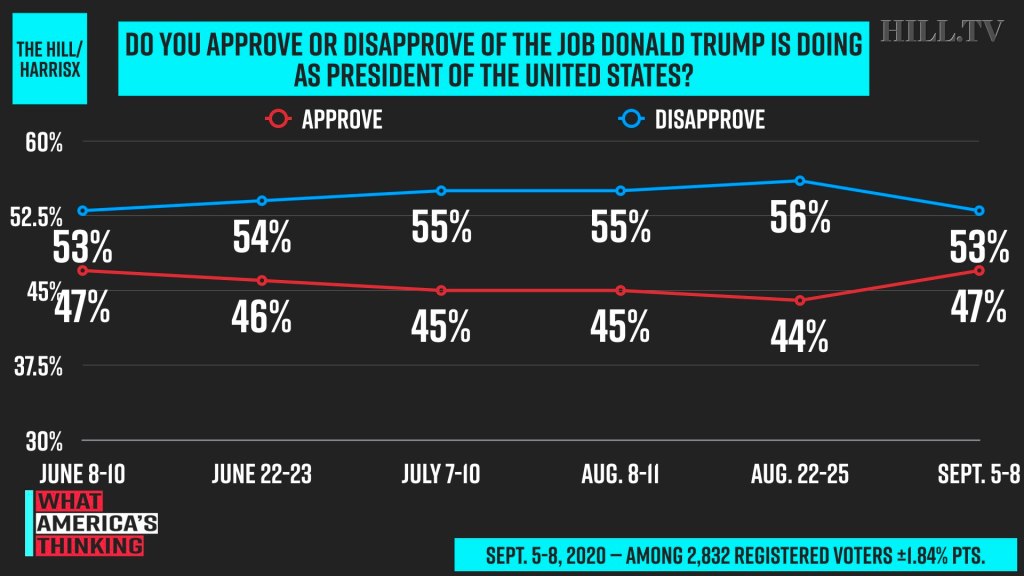 The survey was conducted immediately after a report in The Atlantic alleged Trump disparaged fallen U.S. service members.

The president has denied the contents of the report.

The Hill-HarrisX poll was conducted online among 2,832 registered voters between Sept. 5-8. It has a margin of error of plus or minus 1.84 percentage points.