Forty-five percent of registered voters in the Sept. 19-21 survey said they’d cast their ballots for the former vice president if the election were held today, compared to 40 percent of respondents who said they would choose Trump.

Four percent of voters surveyed said they’d vote for someone else while another 4 percent said they do not plan to vote.

Seven percent of respondents said they are unsure. 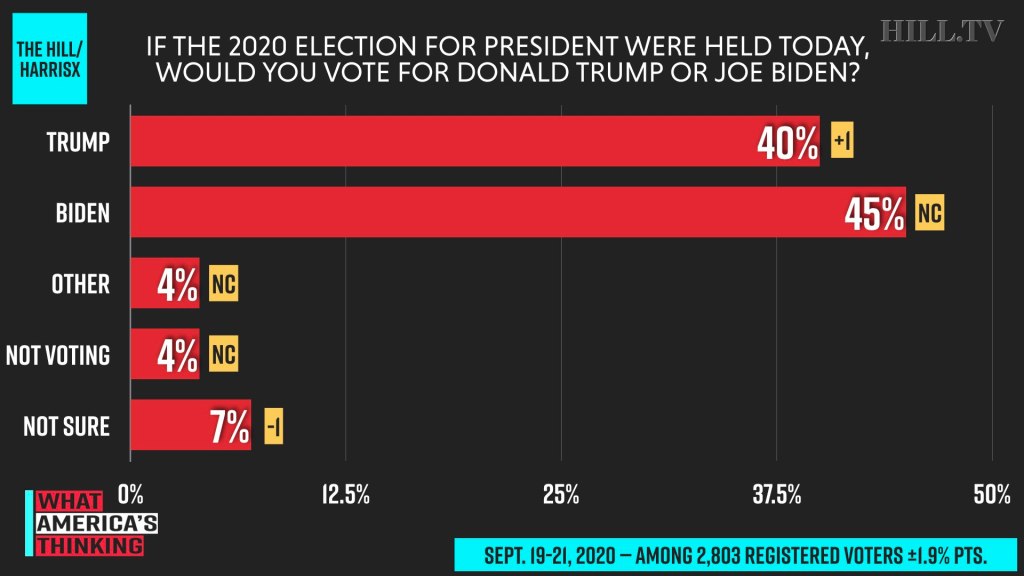 The survey found Biden retaining his lead among suburban voters, at 46 percent compared to Trump’s 39 percent.

However, Trump has gained support among midwesterners, overtaking Biden in the region.

In the Sept. 10-14 poll, 45 percent of voters in the midwest chose Biden as their preferred candidate while 41 percent chose Trump.

In this most recent survey, respondents in this region chose Trump over Biden, at 46 to 40 percent.

The Hill-HarrisX poll was conducted online among 2,803 registered voters between Sept. 19-21. It has a margin of error of plus or minus 1.85 percentage points.