Poll: Majority of voters would likely watch a debate moderated by Joe Rogan

Rogan had offered to moderate a debate between President Trump and Democratic nominee Joe Biden during a podcast episode earlier this month. He said the debate would last four hours without an audience or editing.

Sixty-nine percent of registered voters in the Sept. 21-22 survey said they are either very or somewhat likely to watch if it were ever to happen, while 31 percent said the opposite. 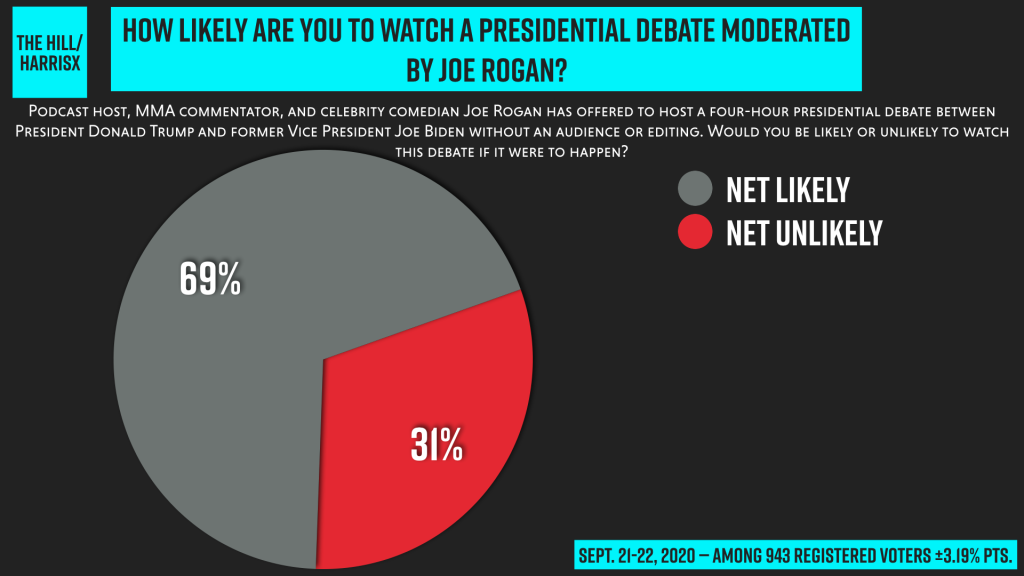 Men were 9 percentage points more likely than women to say they would likely watch a debate moderated by Rogan, at 74 percent and 65 percent, respectively.

Republican respondents were also more likely than Democrats or independents to tune in to the debate if it were to happen.

Eight in 10 Republican voters said they would likely watch while 70 percent of Democrats and 59 percent of independents said the same.

The Hill-HarrisX poll was conducted online among 943 registered voters between Sept. 21 and 22. It has a margin of error of plus or minus 3.19 percentage points.