Fifty-two percent of registered voters in the poll say Harris is likely to best Pence on the debate stage in Utah.

By contrast, 48 percent say Pence will be the victor. 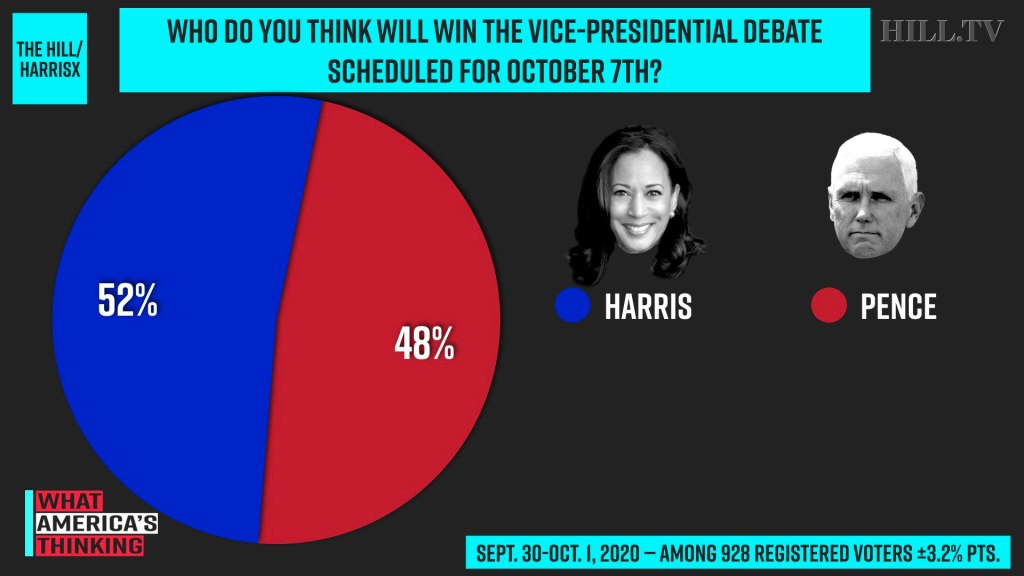 The survey found Republican voters were slightly more confident in Pence than Democratic voters were of Harris.

Independent voters were marginally more likely to say Harris will win, at 51 percent and 49 percent, respectively.

The survey also found younger voters in the poll to be more split on who would win Wednesday’s debate than their older counterparts.

By contrast, 54 percent of 50-64 year olds and 56 percent of 65 year olds or older said Harris will have the better debate performance.

The Hill-HarrisX poll was conducted online among 928 registered voters from Sept. 30 to Oct. 1. It has a margin of error of plus or minus 3.22 percentage points.