Forty-seven percent of registered voters said they’d cast their ballots for Biden if the election were held today, a 2-point bump from an Oct. 3-6 survey, while 40 percent of respondents currently said they’d vote for Trump.

Three percent of voters said they’d prefer someone else as their candidate for president and another 3 percent said they do not plan to vote. 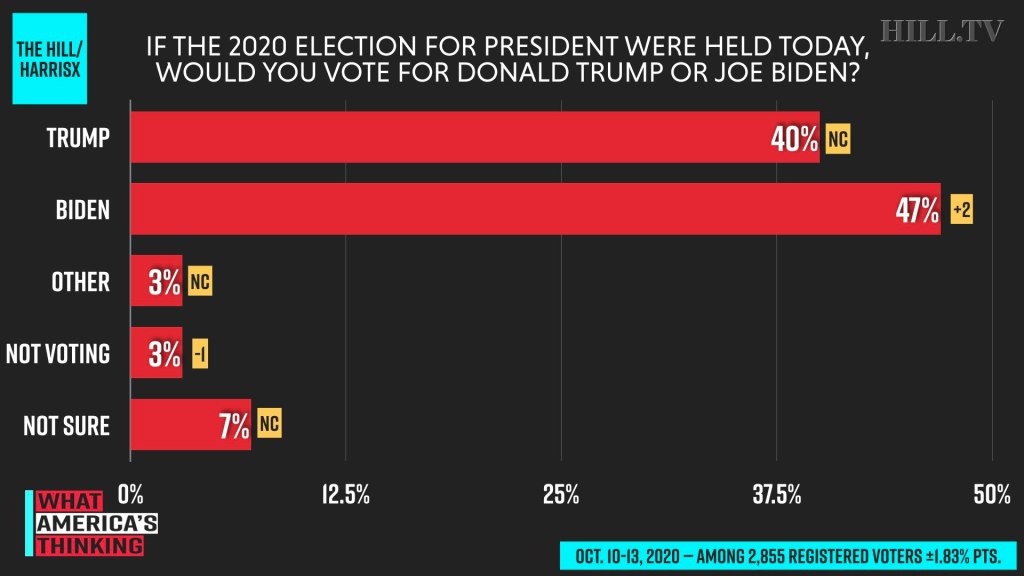 Democratic voters in the poll were 1 percentage point more likely than Republican respondents to say they’d vote for their party’s candidate, at 87 and 86 percent, respectively.

Biden leads Trump among independents, at 40 percent versus 32 percent.

The Hill-HarrisX poll was conducted online among 2,855 registered voters from Oct. 10-13. It has a margin of error of plus or minus 1.83 percentage points.