Forty-six percent of registered voters in the Oct. 25-28 survey say they’d cast their ballots for Biden if the election were held today, the same support the former vice president garnered in a poll conducted earlier this month.

By contrast, 42 percent of registered voters said they would vote for Trump. 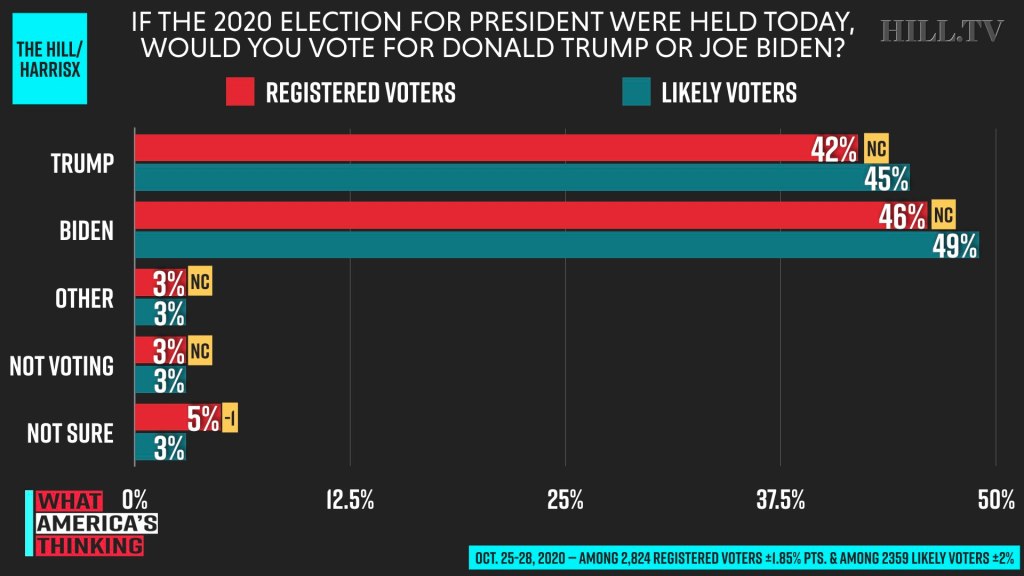 “Biden remains ahead in our poll and is capturing the segment of undecided voters who are more likely to vote, giving him a six-point lead if you look at the combined horserace with leaners,” Dritan Nesho, lead pollster at HarrisX, told Hill.TV.

“Biden’s strength is coming from suburban voters, in particular women and retirees, who have moved away from Trump and do not support him to the same extent as they did in 2016,” Nesho added.