A new Hill-HarrisX poll finds support for a national mask mandate has slipped in recent months but still has the backing of an overwhelming majority of voters.

Seventy-five percent of registered voters in the Nov. 10-13 survey said they would support a national mandate to wear a face mask.

By contrast, 25 percent said they would oppose such an order.

The survey found that support dropped has 7 percentage points from a July 26-27 survey, when 82 percent of voters said they’d be in favor of a national mask mandate. 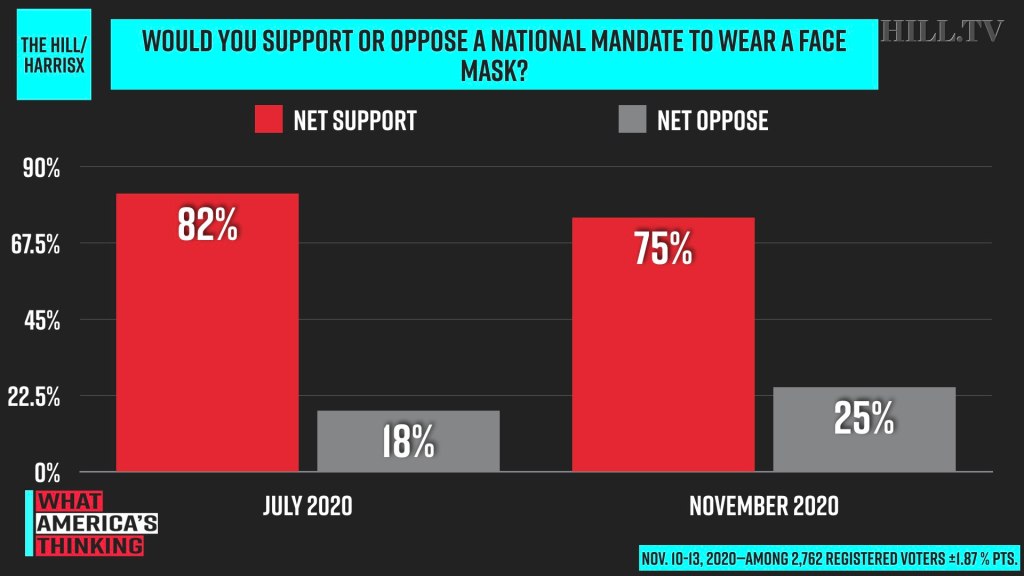 A mask mandate received majority support in the new survey from supporters of both President-elect Joe Biden and President Trump, with varying degrees of intensity.

Ninety-one percent of voters who said they cast their ballots for Biden said they would support a national mandate to wear a face mask.

The survey comes as coronavirus cases continue to surge to new records in the U.S.

Biden has floated the idea of issuing a national mask mandate as one of his first priorities in the White House.

The latest Hill-HarrisX poll was conducted online among 2,762 registered voters between Nov. 10 and 13. It has a margin of error of 1.87 percentage points.