A majority of voters said they think it’s important for President Trump to give a concession speech, a new Hill-HarrisX poll finds.

Sixty-one percent of registered voters in the Nov. 10-18 survey said it’s important for Trump to acknowledge President-elect Joe Biden as the winner of the election. 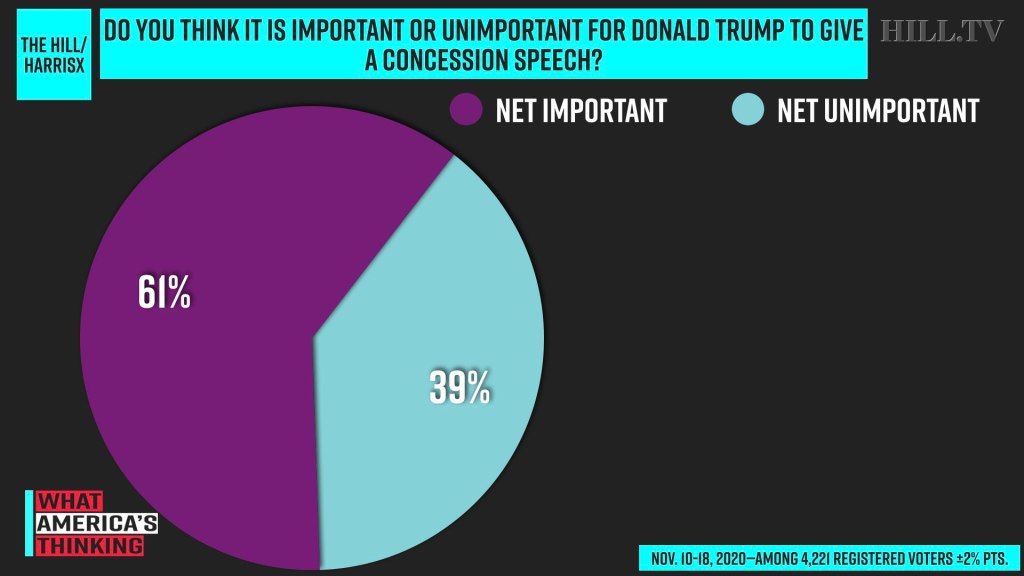 Seventy-one percent of Democratic respondents and 53 percent of Republicans said it is important for Trump to concede, with 60 percent of independents saying the same.

“Over six in 10 voters, including a slight majority of Donald Trump and Republican voters, believe it is important for the president to give a concession speech,” Dritan Nesho, chief pollster and CEO of HarrisX, told Hill.TV.

“But the number of GOP voters holding back is significant and indicates the need for any recounts to be completed quickly and the elections to be fully certified by the states so that politics doesn’t undermine the legitimacy of the election, ” Nesho added.

The Hill-HarrisX poll was conducted online among 4,221 registered voters. It has a margin of error of plus or minus 2 percentage points.