Just under half of voters support Donald Trump running for president in 2024, a new Hill-HarrisX poll finds.

Forty-seven percent of registered voters in the Nov. 17-19 survey said they support the idea of another presidential run by Trump in four years.

By contrast, 53 percent of respondents oppose the notion. 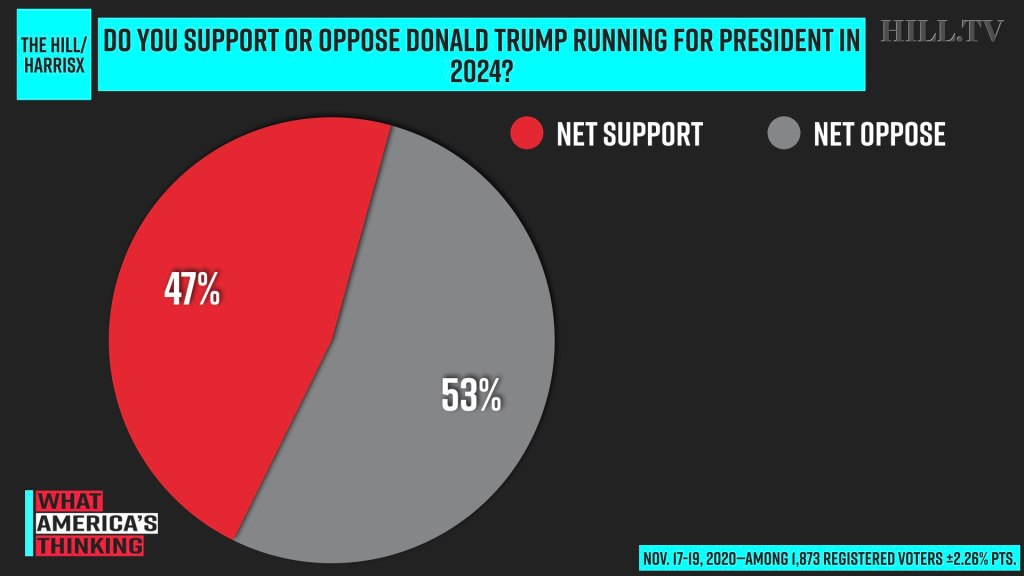 Seventy-five percent of Republican voters are in favor of Trump pursing the White House again in 2024 while 25 percent oppose.

Seventy-six percent of Democratic voters oppose the idea of Trump running again while 24 percent support it.

The percentage of support for a 2024 Trump presidential run is consistent with the latest Hill-HarrisX presidential job approval rating for Trump, which stands at 48 percent.

The survey follows reports that Trump has been discussing another presidential run in four years after his defeat in the 2020 election to President-elect Joe Biden. Trump has yet to concede defeat in the race.