A majority of voters support President-elect Joe Biden cancelling up to $50,000 of student debt per person, a new Hill-HarrisX poll finds.

Sixty percent of registered voters in the Nov. 17-19 survey said they support the idea.

By contrast, 40 percent of voters said they do not support the measure.

The survey follows a push from progressive Democratic lawmakers and activists to cancel at least some of the estimated 1.6 trillion student loan debt that roughly 44 million Americans owe. 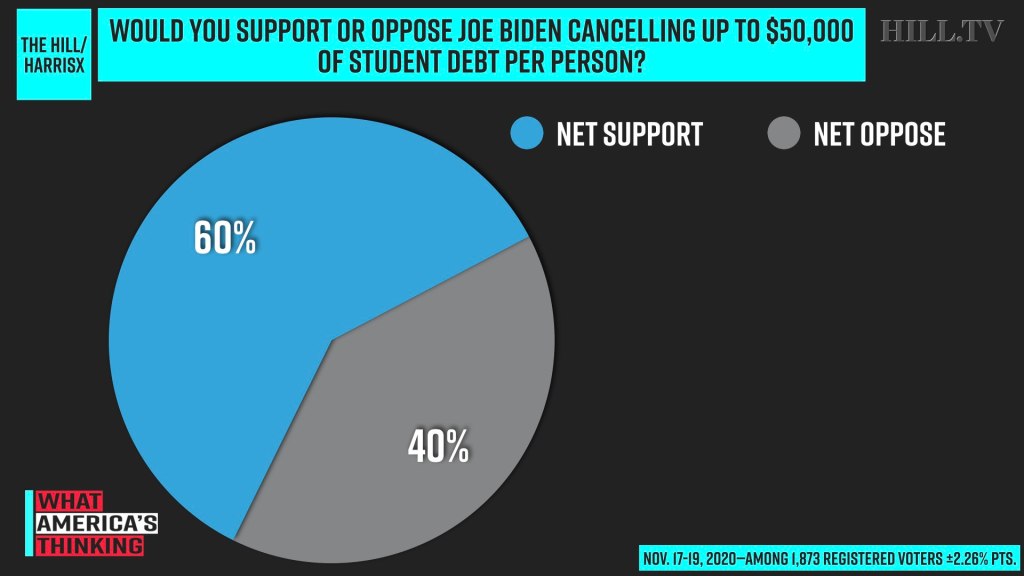 Eighty-four percent of Democratic voters support Biden cancelling up to $50,000 in student debt per person along with 57 percent of independent voters.

By contrast, 66 percent of Republican respondents oppose the measure.