A majority of voters say it is “likely” that President Trump will run for the White House again in 2024, a new Hill-HarrisX poll finds. 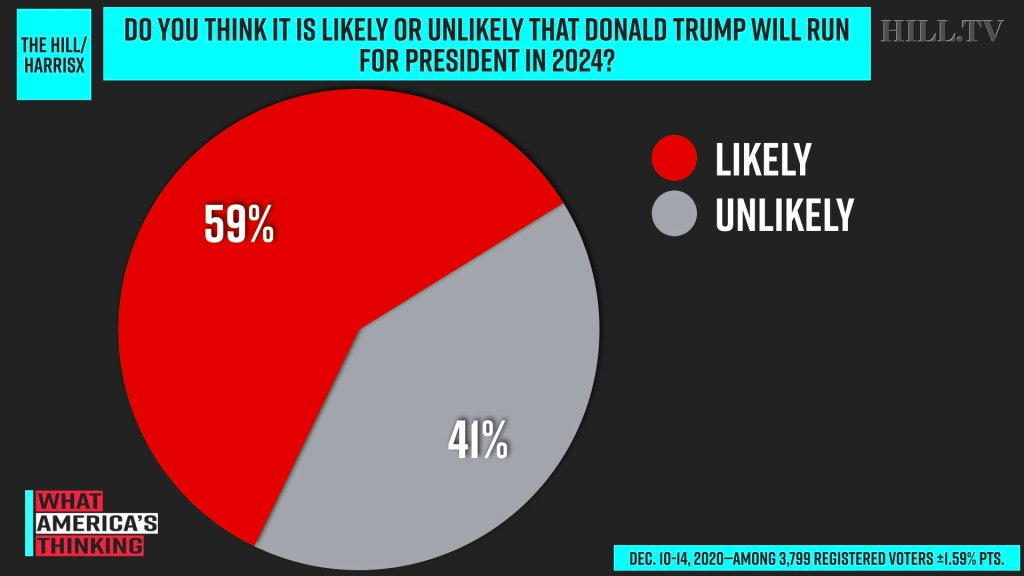 Sixty-eight percent of Republican voters said it’s likely that Trump will run again along with 59 percent of independents.

Though Trump has yet to concede the 2020 election he has floated the idea of running for president once more in four years.

The Hill-HarrisX poll was conducted online among 3,799 registered voters. It has a margin of error of plus or minus 1.59 percentage points.