Poll: Majority disapprove of Trump’s handling of Capitol riots, say he should do more to stop violence

A majority of voters disapprove of President Trump’s handling of the riots at the U.S. Capitol, a new Hill-HarrisX poll finds.

Fifty-nine percent of registered voters in the Jan. 6-7 poll did not support Trump’s managing of the situation when his supporters broke into the Capitol building. By contrast, 41 percent of respondents did approve. 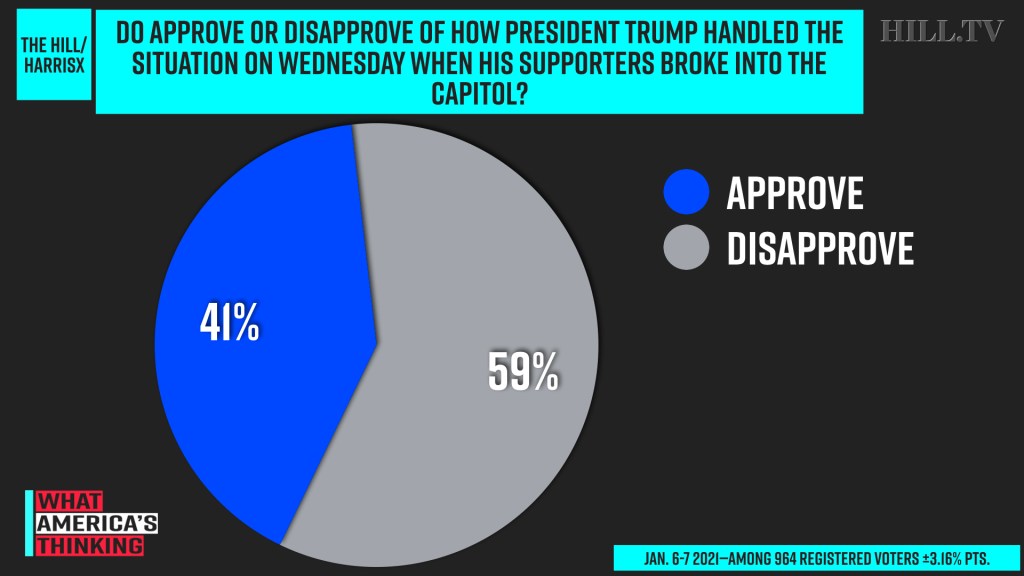 Seventy-nine percent of Democratic voters and 62 percent of independent voters disapproved of Trump’s handling of the riots, while 64 percent of Republican voters approved.

Seventy-one percent of voters who said they cast their ballots for Trump in November supported Wednesday’s events compared to 19 percent of Biden voters.

The survey found 61 percent of voters believe Trump should have done more to stop the violence while 39 percent say he did enough. 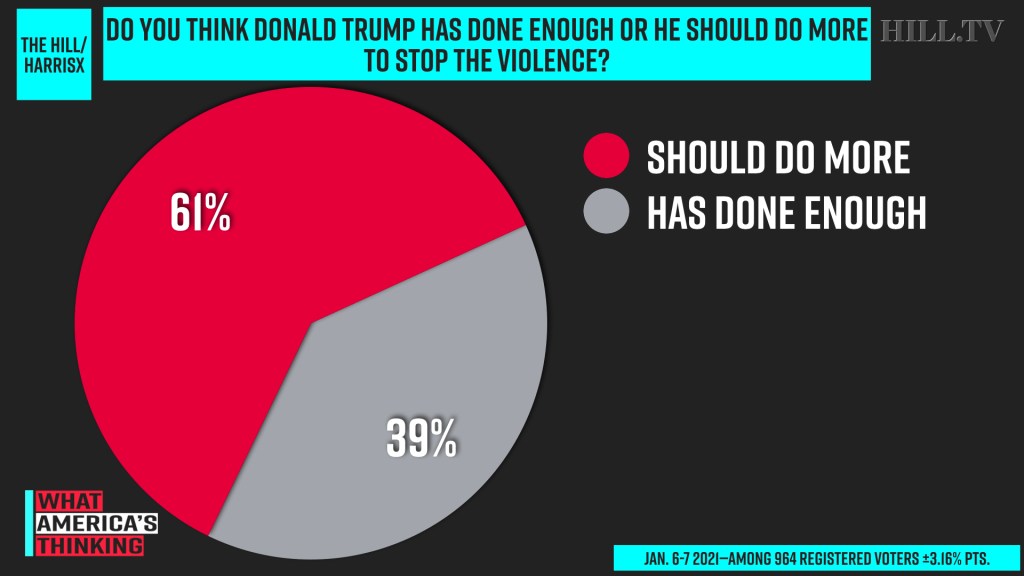 Seventy-seven percent of Democrats and 52 percent of independents said Trump should have done more to quell the situation. By contrast, 57 percent of Republican voters said he had done enough.

“Yesterday’s events shocked the nation and most voters have taken notice. A majority disapprove of how President Trump handled the situation and over six in 10 voters believe he should do more to stop the violence,” Dritan Nesho, chief researcher and CEO of HarrisX, told Hill.TV.

“Trump lost some of his base yesterday, but while there continues to be a misimpression and a lot of misinformation among Republicans and Trump voters that there was fraud in the election, even with yesterday’s actions, a majority of Republicans and his voter base say net-net that they believe he behaved appropriately, ” Nesho added.

The Hill-HarrisX poll was conducted online among 964 registered voters. It has a margin of error of plus or minus 3.16 percentage points.