Seventy-seven percent of respondents who identified as Republicans said they approve of the job Trump is doing in the White House, down from 87 percent support found in a survey conducted at the end of last year. 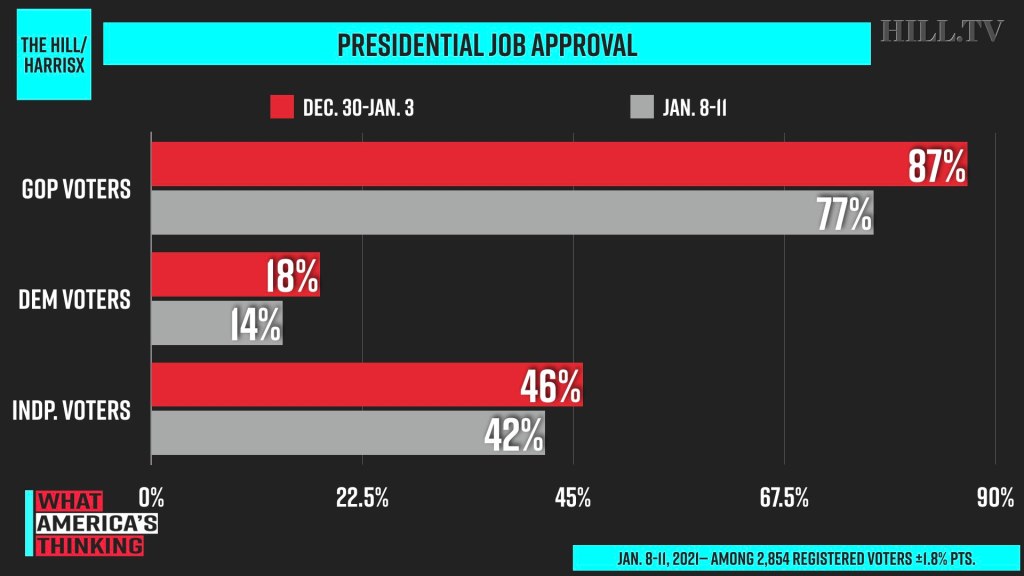 Forty-four percent of registered voters overall in the Jan. 8-11 survey said they approve of Trump’s job as president, which was down from 50 percent in the previous poll.

By contrast, 56 percent of respondents said they disapprove of Trump’s performance in the White House. 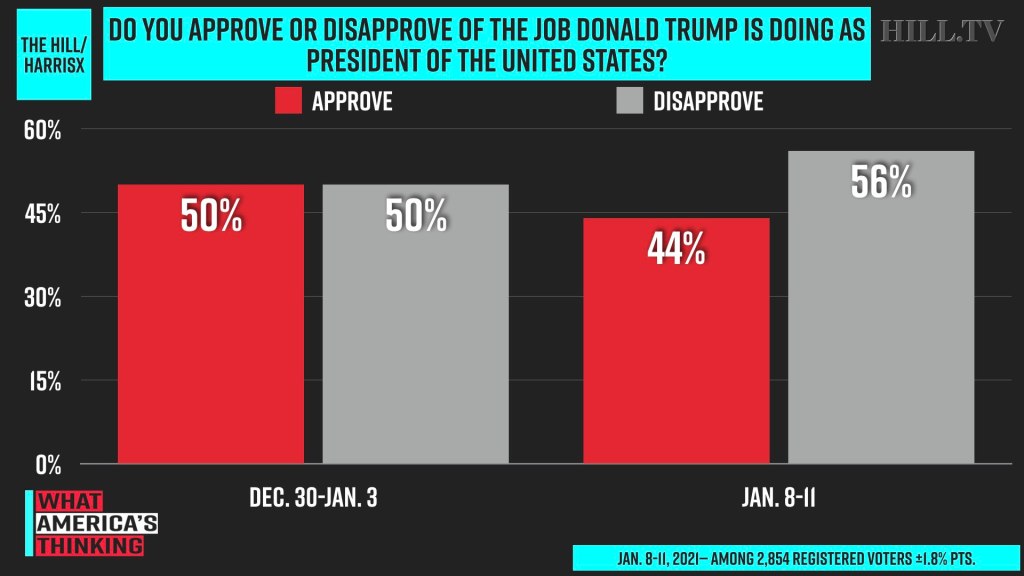 The RealClearPolitics average of polls finds the Presidential job approval at 41.6 percent.

The House is expected to pass articles of impeachment on Wednesday against Trump for inciting his supporters to storm the Capitol.

The Hill-HarrisX poll was conducted online among 2,854 registered voters. It has a margin of error of plus or minus 1.8 percentage points.