Sixty-one percent of registered voters in the Jan. 28-29 survey approve of the job Biden is doing as president, down from 63 percent in a Jan. 21-22 poll.

By contrast, 39 percent of respondents in the latest survey disapprove of his performance. 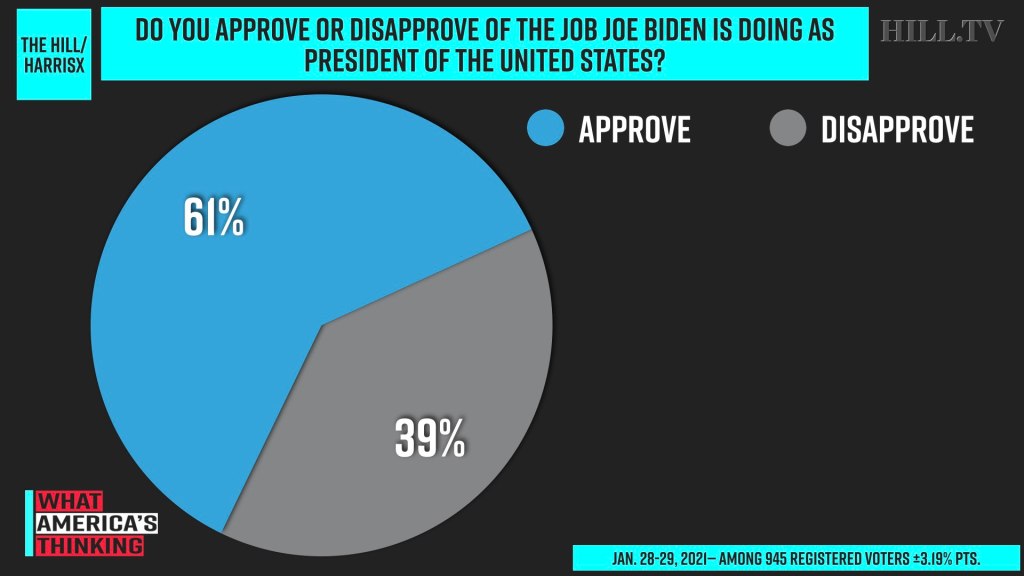 The new survey found support for Biden among Republican voters dropped 6 percentage points since the last poll, from 30 percent to 24 percent.

Sixty-four percent of independent respondents said they approve of the job Biden is doing in the White House, up from 62 percent in the Jan. 21-22 survey.

The most recent Hill-HarrisX poll was conducted online among 945 registered voters. It has a margin of error of 3.19 percentage points.