A majority of voters say President Biden has prioritized unity so far in his term, a new Hill-HarrisX poll finds.

Fifty-seven percent of registered voters in the Feb. 8-9 survey said they think Joe Biden has made uniting the country a priority in his actions so far as president.

Forty-three percent of respondents said he has not. 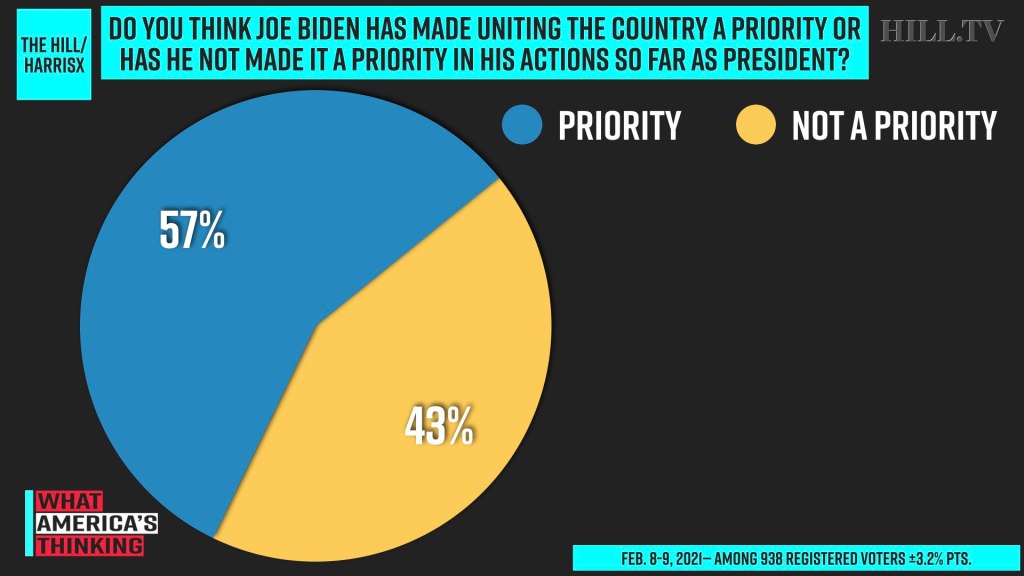 Ninety percent of Democrats said Biden has made uniting the country a priority so far along with 62 percent of independents.

Seventy-eight percent of Republicans said he has not made unity a priority in his first weeks of office.

During his campaign, Biden promised to unite the country and “restore the soul of the nation.”

The most recent Hill-HarrisX poll was conducted online among 938 registered voters. It has a margin of error of 3.2 percentage points.

13 hours ago
Rising
2 days ago