Roughly 6 in 10 voters approve of the job President Biden is doing in the White House, a new Hill-HarrisX poll finds.

Fifty-nine percent of registered voters in the Feb. 23-24 survey approve of Biden’s job as president, a number that has held steady from last week’s poll.

By contrast, 41 percent of respondent disapprove of Biden’s job in the oval office. 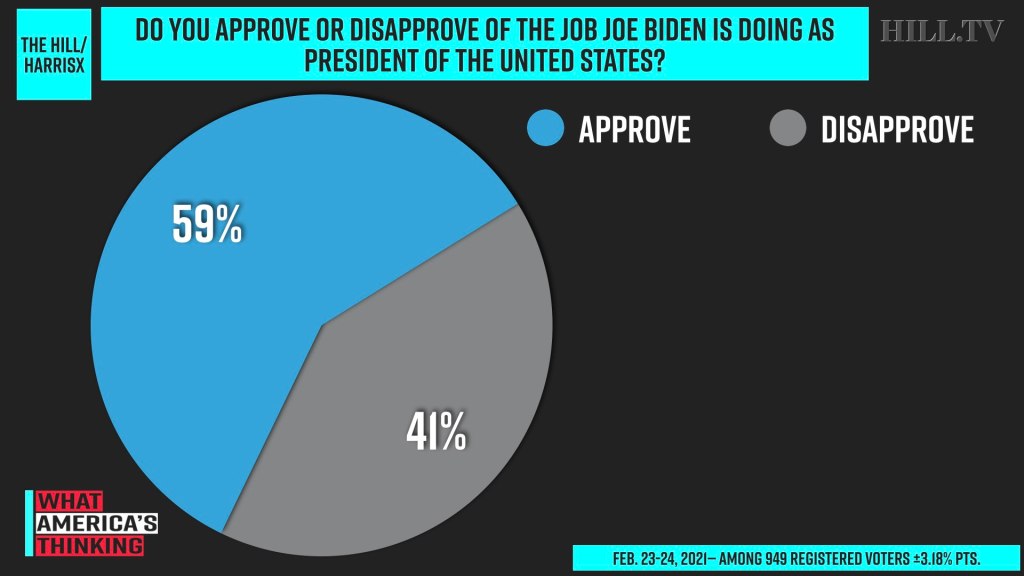 The new president began his term with a 63 percent approval rating, and the new numbers come about one month since he took office.

Biden has vowed to make good on some of his campaign promises within the first 100 days in office, such as administering 100 million coronavirus vaccines and entering the Paris Climate Accords. 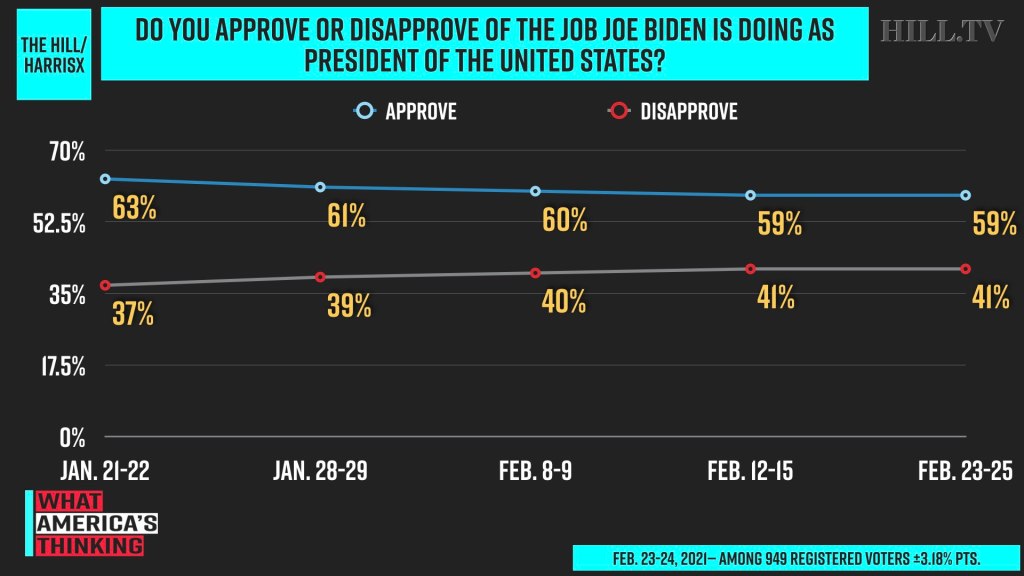 The Biden administration has also pushed Congress to pass a $1.9 trillion coronavirus relief package to curb the economic fallout from the pandemic, with several officials including Treasury Secretary Janet Yellen stating that bold action is needed for long-term recovery.

In addition, the new Hill/HarrisX survey found that Ninety-one percent of Democratic respondents approve of Biden’s job in White House, along with 62 percent of independents.

The most recent Hill-HarrisX poll was conducted online among 2,835 registered voters. It has a margin of error of 1.83 percentage points.