Poll: Majority say wealth tax is part of the solution to wealth inequality

A majority of voters say a wealth tax on the ultra-rich is part of the solution to the nation’s wealth inequality, a new Hill-HarrisX poll finds.

Fifty-six percent of registered voters in the March 5-8 survey said wealth inequality is a significant problem facing the country and billionaires paying a wealth tax is a part of the solution.

By contrast, 44 percent said it is unfair to impose an additional tax on people who already pay income taxes because it becomes a penalty for being successful. 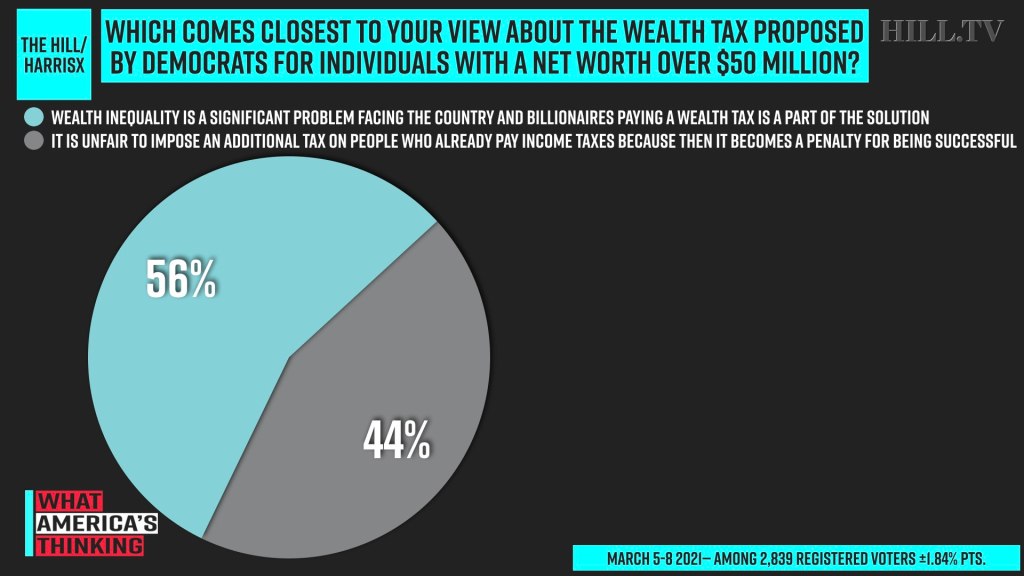 Roughly 8 in 10 Democratic voters say a wealth tax is part of the solution to wealth inequality.

Sixty-four percent of Republican respondents and 51 percent of independents say it is unfair to impose an additional tax on people who already pay income taxes. 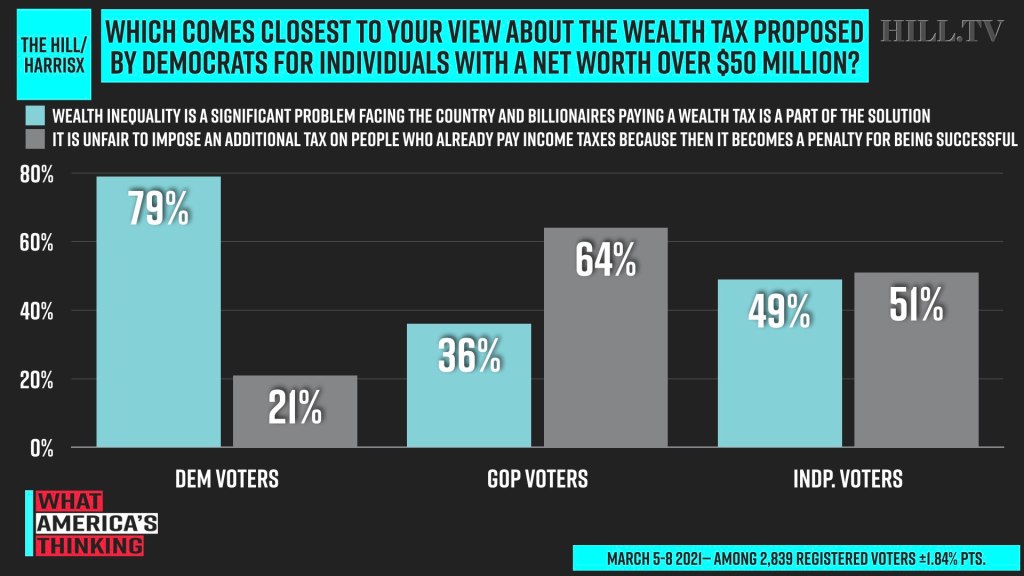 Last week, Sen. Elizabeth Warren (D-Mass.) introduced a wealth tax that would create an annual tax of 2 percent on the net worth of households and trusts between $50 million and $1 billion and a tax of 3 percent on net worth above $1 billion.

Previous Hill-HarrisX data found 74 percent of voters supported an annual wealth tax on people with assets of at least $50 million, a similar proposal introduced by Warren while on the 2020 campaign trail.

A Feb. 2020 Hill-HarrisX survey found roughly two-thirds of Americans said they support a “wealth tax” on billionaires in an effort to close the wealth gap in the country.

The most recent Hill-HarrisX survey was conducted online among 2,839 registered voters. It has a margin of error of 1.84 percentage points.