Fifty-nine percent of registered voters in the March 12-14 survey said they approve of Biden’s job in the White House, a one point tick up from last week’s poll.

By contrast, 41 percent of respondents said they disapprove. 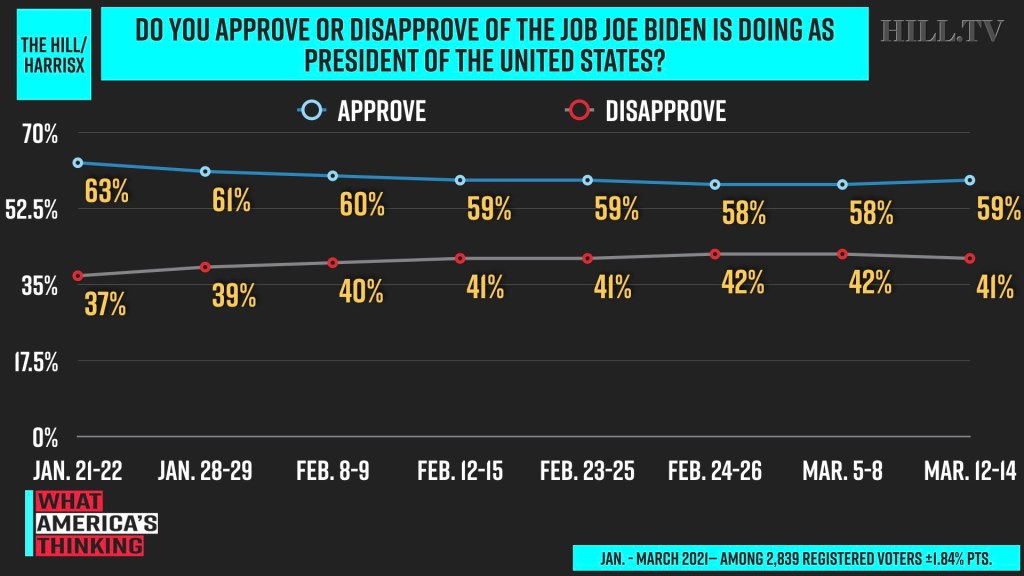 Ninety-three percent of Democrats approve of Biden in the White House along with 60 percent of independent voters.

Biden sees his highest support on the issues of handling the coronavirus and administering the government, at 65 percent and 60 percent, respectively.

Fifty-eight percent of voters overall approve of Biden on the economy, and 57 percent approve on the issue of stimulating jobs.

Half of voters approve of Biden’s job on immigration.

The survey comes after the passage of Democrats’ $1.9 trillion coronavirus relief package and as vaccinations across the country have ramped up.

A recent Hill-HarrisX poll found 57 percent of voters said they think the pandemic is getting better, while 33 percent said the same of the economy.

The most recent Hill-HarrisX poll was conducted online among 2,818 registered voters. It has a margin of error of 1.85 percentage points.

7 days ago
The Debrief
1 week ago