Poll: Large majority say situation at the border is a ‘crisis’

An overwhelming majority of voters view the situation at the border as a crisis that needs to be dealt with immediately, a new Hill-HarrisX poll finds.

Seventy-six percent of registered voters polled in the March 19-22 survey said the current surge in immigrants at the border is a crisis that needs to be addressed immediately.

By contrast, 24 percent of respondents said the situation can be dealt with later. 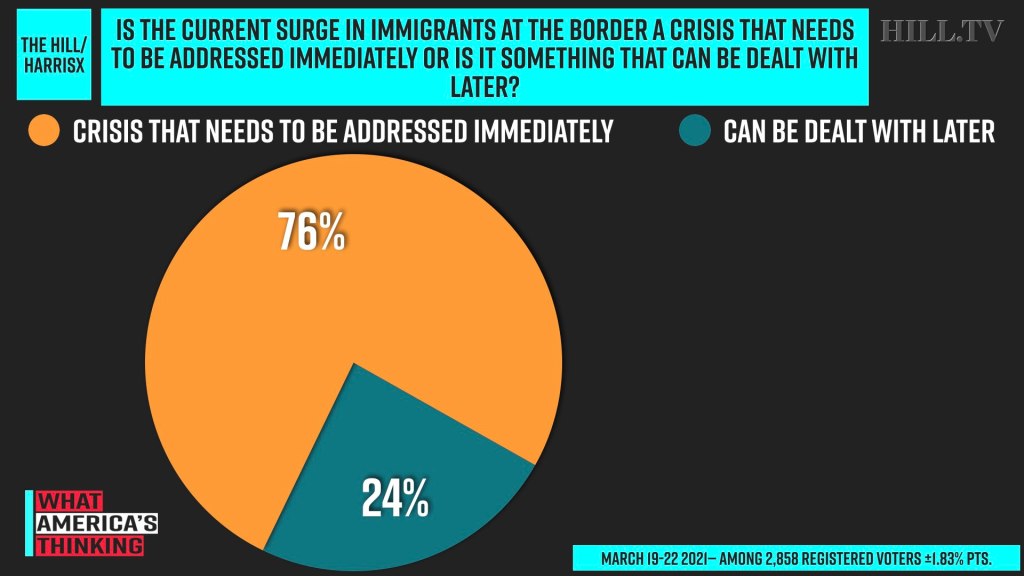 These results come shortly after another recent Hill-HarrisX poll found that immigration is an area where President Biden receives the lowest public support, at 50 percent.

The Biden administration is facing mounting criticism of the border surge.

According to documents obtained by Axios, the number of migrant children being held in U.S. Border Patrol custody for longer than 10 days has quadrupled in the past week.

The most recent Hill-HarrisX poll was conducted online among 2,858 registered voters. It has a margin of error of plus or minus 1.83 percentage points.