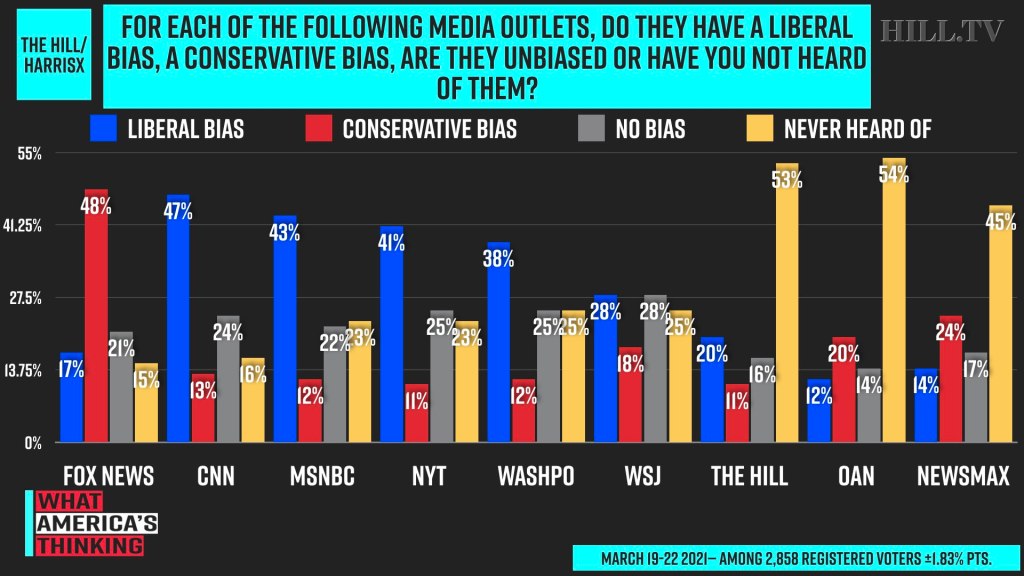 A plurality of Republican voters, 44 percent, said Fox News has conservative bias along with 54 percent of Democrats and 45 percent of independents.

A plurality of Democrats, 35 percent, said CNN has no bias while 68 percent of Republicans said the outlet has liberal bias along with 42 percent of independents.

Voters were split on whether or not The Wall Street Journal has bias, with 28 percent said the media outlet has liberal bias and another 28 percent who said the outlet has no bias.

More voters said they had not heard of The Hill, OAN, and Newsmax; however, among those who have heard of them, 20 percent said The Hill has liberal bias while 20 percent said OAN has conservative bias and 24 percent said the same of Newsmax.

A recent Washington Post analysis found major news outlets saw a drop-off in viewership in the months following the 2020 election.

The Hill-HarrisX poll was conducted online among 2,858 registered voters. It has a margin of error of plus or minus 1.83 percentage points.