A majority of voters support stricter gun laws in the U.S., a new Hill-HarrisX poll finds.

Fifty-seven percent of registered voters in the March 24-26 survey said there should be more laws regulating guns in the country.

By contrast, 13 percent of respondents said there should be less laws while 30 percent said the laws regulating guns should remain the same. 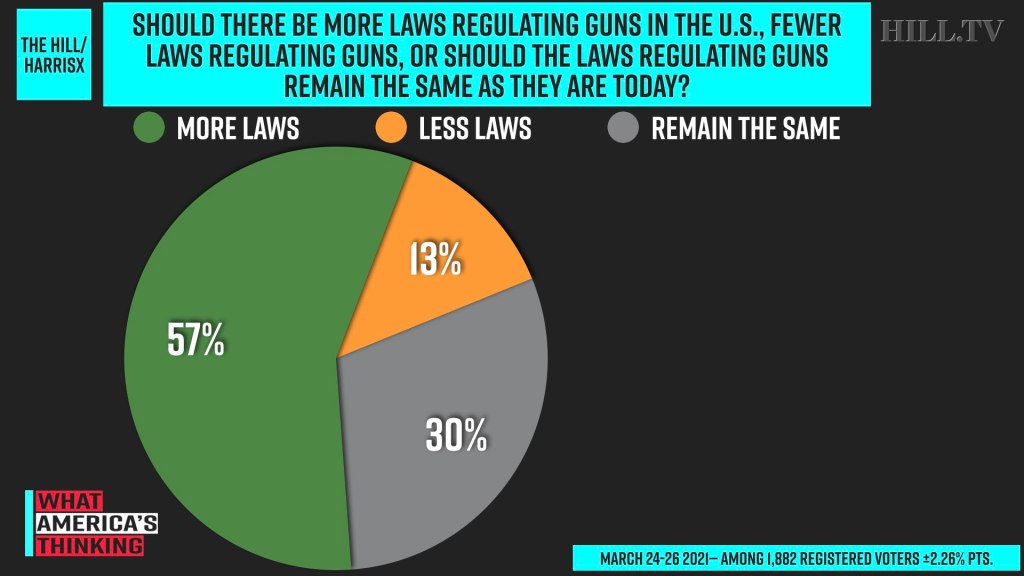 Seventy-nine percent of Democrats and 55 percent of independents support stricter gun measures while 44 percent of Republicans said the laws on guns should stay the same. 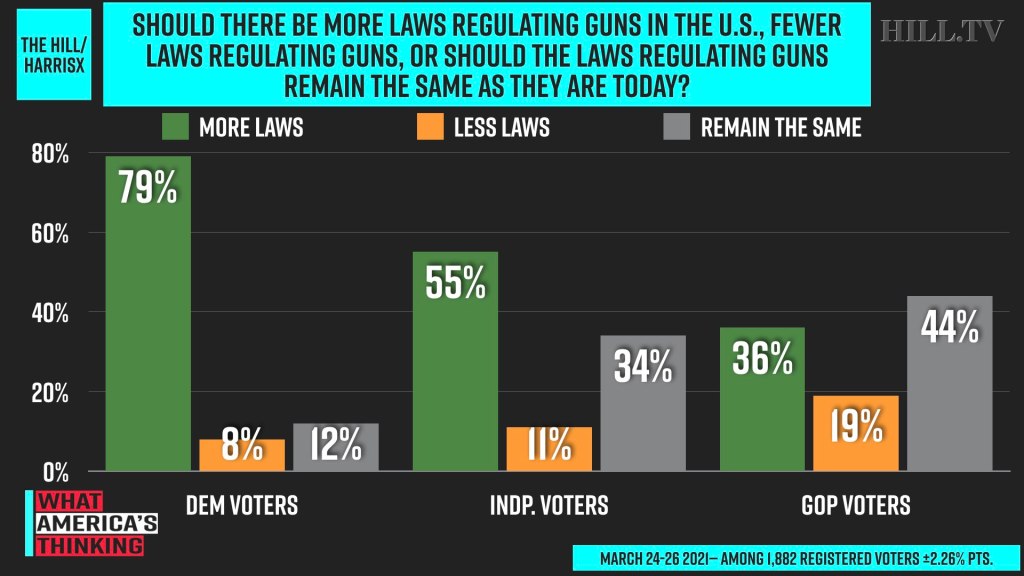 While the country is still reeling from a slew of fatal mass shootings in recent weeks, familiar calls for action on gun control have grown louder.

President Biden has signaled support for stricter gun laws, urging the Senate to take up two gun control bills that have already passed through the House.

Last week, the White House said that discussions were being held internally on possible executive action on gun control.

The Hill-HarrisX poll was conducted online among 1,882 registered voters. It has a margin of error of 2.26 percentage points.