Voters are split on whether to legalize marijuana nationwide or to let states decide individually, a new Hill-HarrisX poll finds.

Thirty-eight percent of registered voters in the March 24-26 survey said the federal government should legalize marijuana in the U.S. while 37 percent of respondents said it should be decided at the state level.

By contrast, 25 percent of voters said marijuana should be illegal everywhere in the U.S. 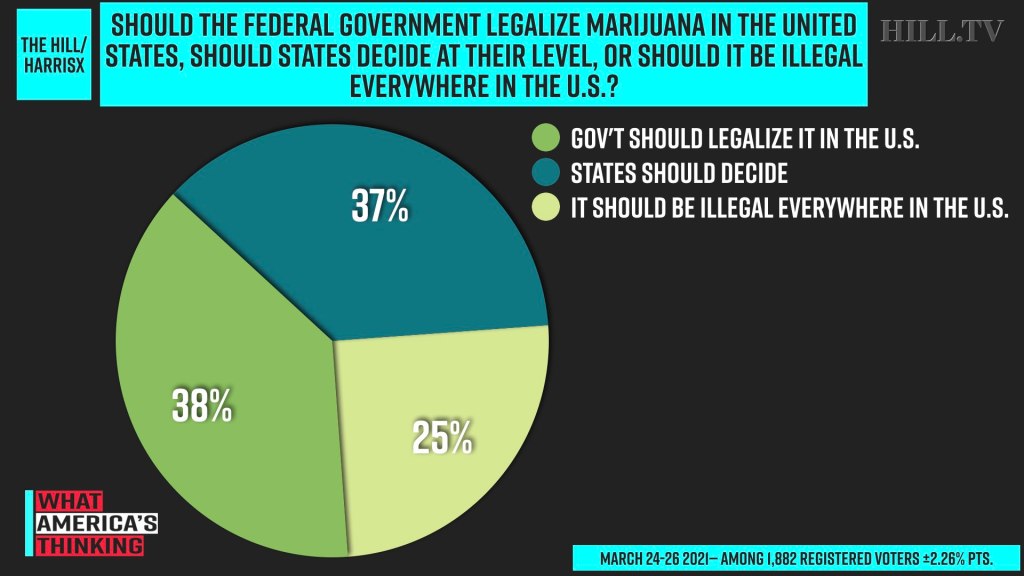 A plurality of Democrats and independents support legalizing marijuana across the country, at 48 percent and 38 percent, respectively.

A plurality of Republicans said the decision should be made at the state level, at 39 percent.

New York on Wednesday became the 15th state to legalize the drug. The passage of the bill will allow adults to use recreational marijuana and will expunge the felony drug records of thousands of people.

The Hill-HarrisX poll was conducted online among 1,882 registered voters. It has a margin of error of 2.26 percentage points.