More than 60 percent of voters approve of the job President Biden is doing in the White House, a new Hill-HarrisX poll finds.

Sixty-one percent of registered voters in the March 24-26 survey said they approve of Biden’s job since taking office, a one percentage point tick up from the same poll last week.

By contrast, 39 percent of respondents said they disapprove of Biden’s job as president. 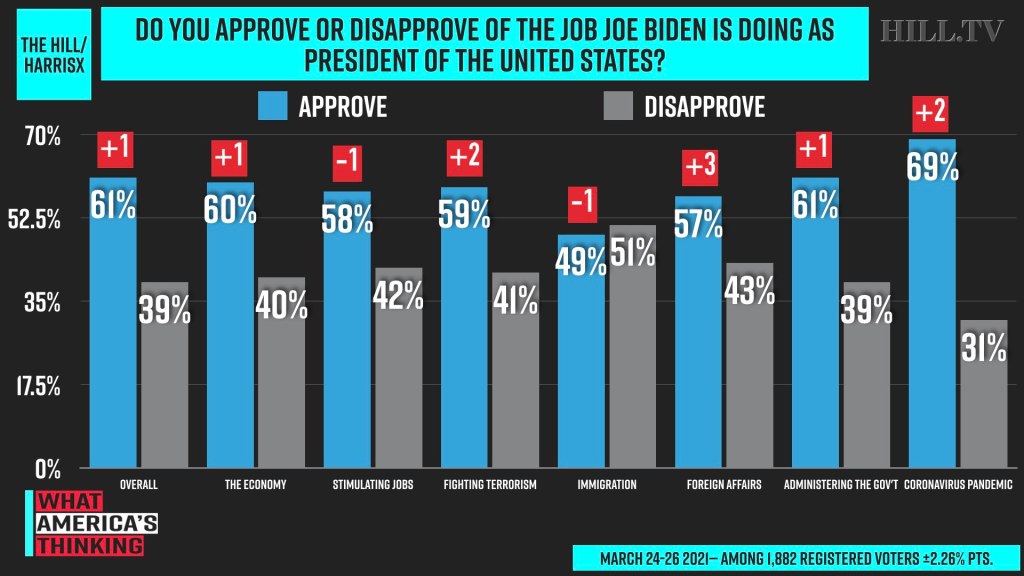 Friday, the Labor Department released data that showed the U.S. added 916,000 jobs and the unemployment rate fell to 6 percent in March as more Americans are getting vaccinated and coronavirus restrictions are being eased throughout the country.

The Hill-HarrisX poll was conducted online among 1,882 registered voters. It has a margin of error of plus or minus 2.26 percentage points.

19 hours ago
Rising
2 days ago

2 days ago
The Debrief
5 days ago

5 days ago
What America's Thinking
6 days ago