A plurality of voters say the Biden administration is more responsible than the Trump administration for the current situation at the U.S.-Mexico border, a new Hill-HarrisX poll finds.

Forty-four percent of registered voters in the March 24-26 survey said President Biden bears responsibility for the migrant surge at the border, while 28 percent said former President Trump is responsible. 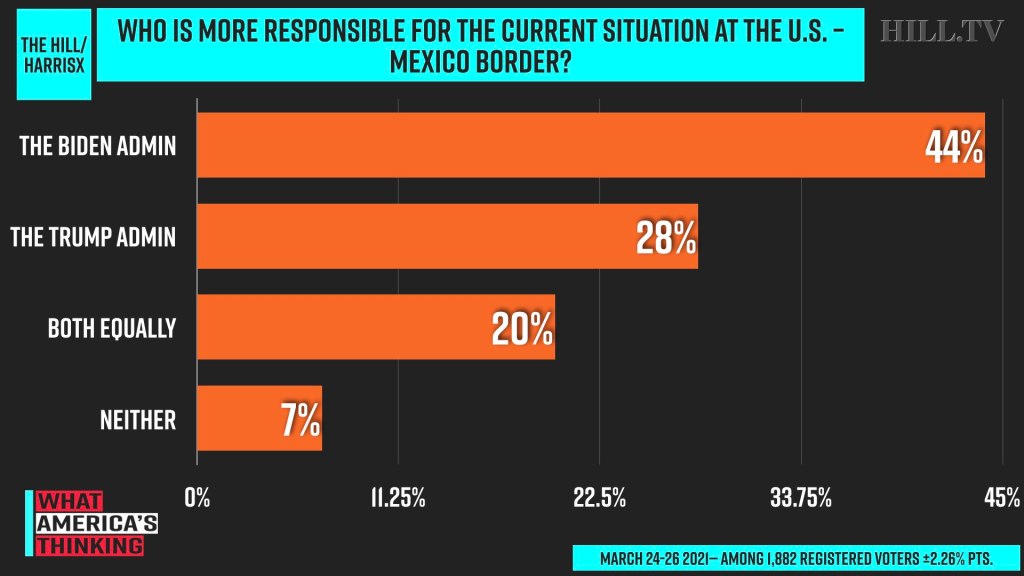 Seventy-three percent of Republican respondents said the burden is on the current administration, a sentiment shared by a 38 percent plurality of independents.

A plurality of Democratic respondents, 46 percent, said the onus is on the Trump administration.

According to estimates reviewed by CNN, the U.S. is on track to receive a record 2 million migrants or more this fiscal year, which ends on Sept. 30.

The Hill-HarrisX poll was conducted online among 1,882 registered voters. It has a margin of error of plus or minus 2.26 percentage points.

1 week ago
THE HILL TV
2 weeks ago