Just over half of voters say the government should create a “vaccine passport” for people to use to prove they have been vaccinated, a new Hill-HarrisX poll finds. 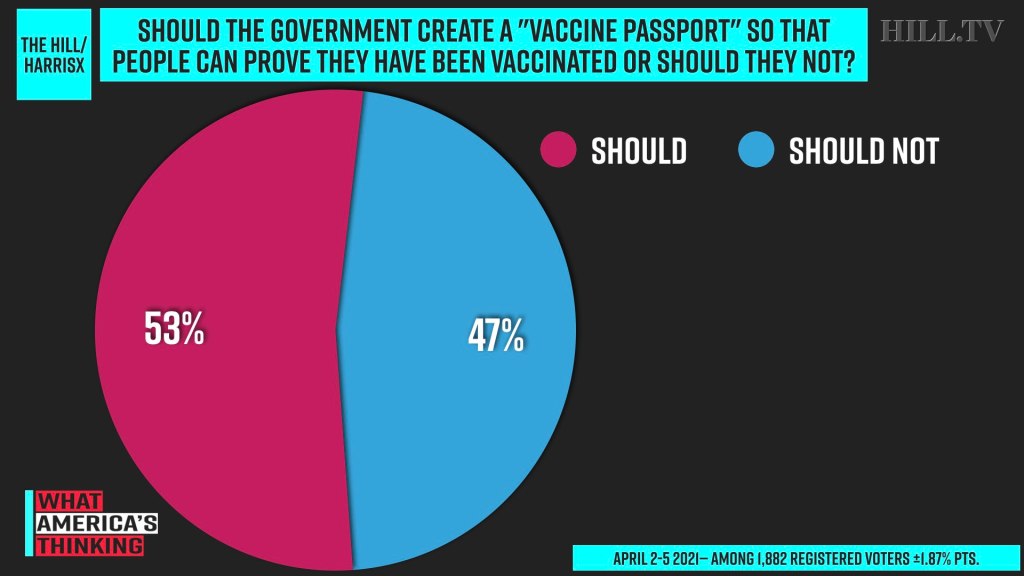 Democrats were more likely than Republicans to support a vaccine passport, while independent voters were evenly split on the issue. 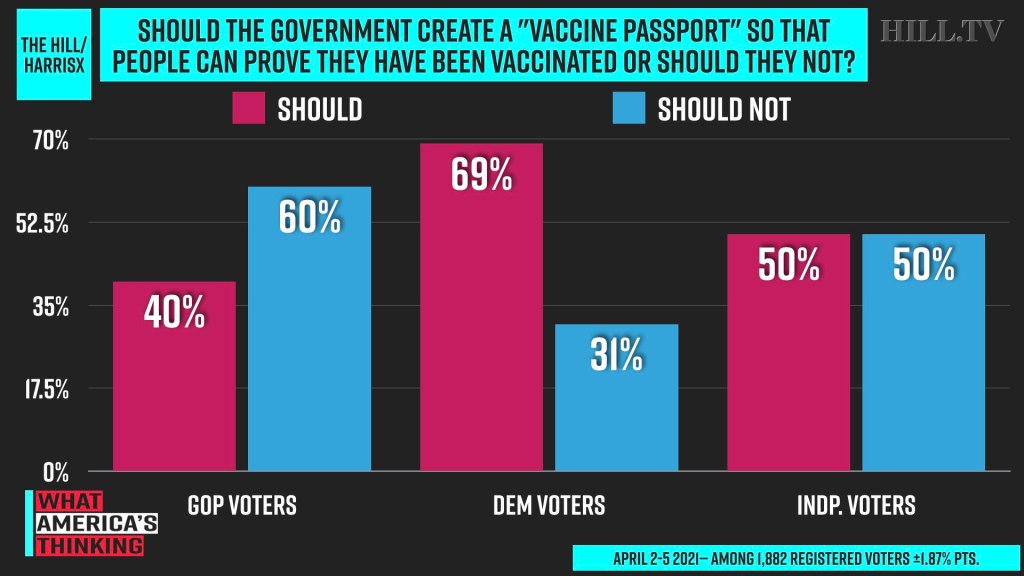 The White House on Tuesday ruled out involvement in a vaccine passport system, confirming there will be no federal vaccinations database and no federal mandate for vaccine credentials.

However, Biden administration officials have signaled that private companies may push for such requirements as businesses attempt to fully reopen after pandemic-related closures.

Republicans have pushed back strongly against the idea of a vaccine passport, calling it government overreach and citing privacy concerns.

The Hill-HarrisX poll was conducted online among 1,882 registered voters. It has a margin of error of plus or minus 1.87 percentage points.

23 hours ago
Rising
2 days ago