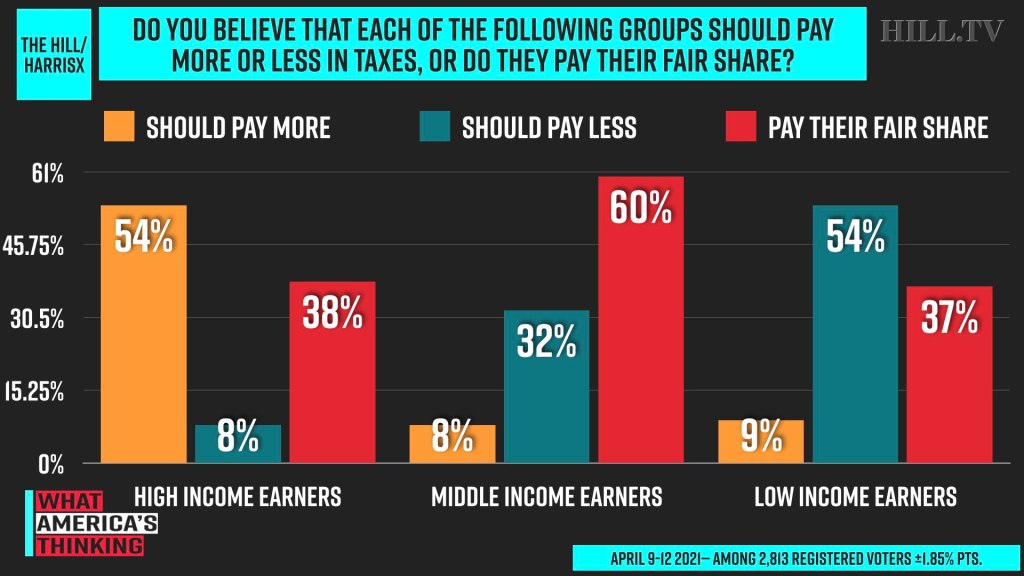 Seventy percent of Democrats and 52 percent of independents said higher-earning Americans should pay more in taxes while 53 percent of Republicans said the wealthy pay their fair share.

An April 9-12 Hill-HarrisX survey found a plurality of voters, 46 percent, said the U.S. does not do enough to redistribute wealth.

The Hill-HarrisX poll was conducted online among 2,813 registered voters. It has a margin of error of 1.85 percentage points.