A majority of voters in a new Hill-HarrisX poll said wealth inequality is a significant problem facing the country and a wealth tax is part of the solution.

Fifty-six percent of registered voters in the April 9-12 survey said billionaires paying a wealth tax is part of the solution to wealth inequality, a figure that has held steady when compared to last month’s poll.

By contrast, 44 percent of respondents said it is unfair to impose an additional tax on people who already pay income taxes because it becomes a penalty for being rich. 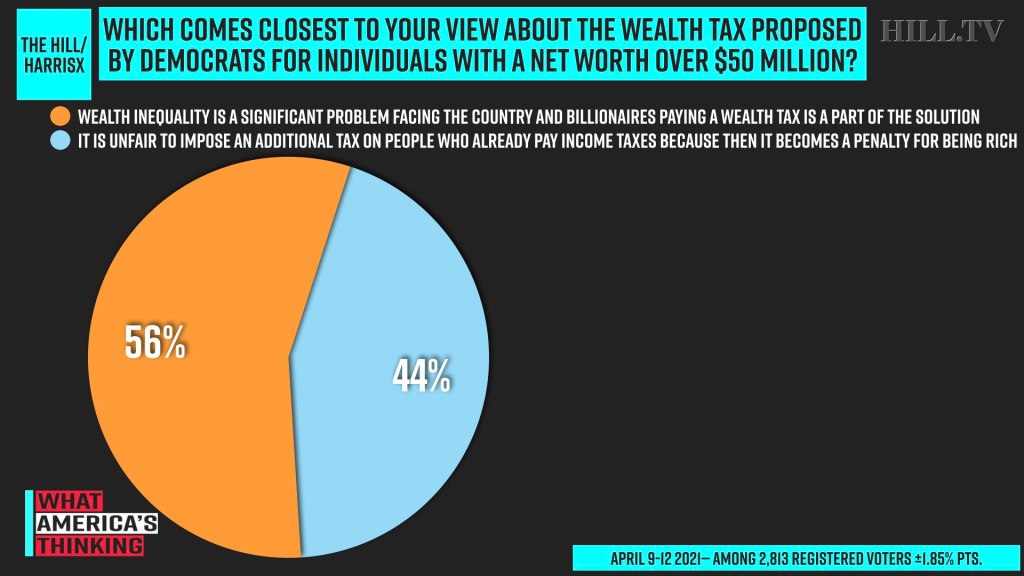 The gap between the number of Democrats and Republicans who believe a wealth tax is part of the solution to inequality in the U.S. is large at 77 percent and 35 percent, respectively.

The number of independents — 55 percent —  who see a wealth tax as part of the solution to inequality rose 6 percentage points from March 5-8 survey. 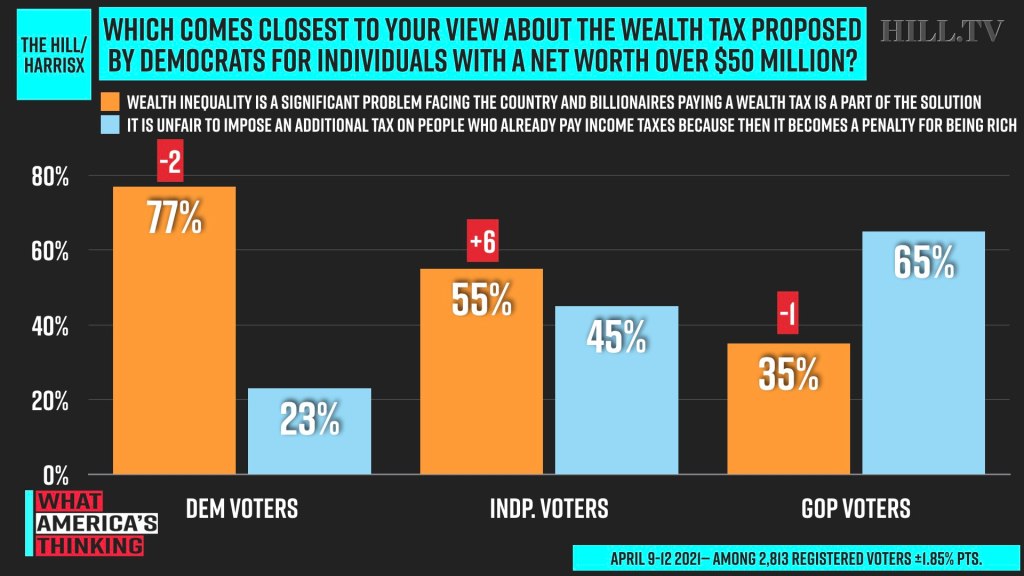 Sen. Elizabeth Warren (D-Mass.) has introduced a wealth tax that would create an annual tax of 2 percent on the net worth of households and trusts between $50 million and $1 billion and a tax of 3 percent on net worth above $1 billion.

President Biden has also stated as part of his American Jobs Plan — a large infrastructure spending bill —  he would increase the corporate tax rate to to pay for the over $2 trillion package.

However, news of raising corporate tax rates have been unpopular among Republicans and some moderate Democrats.

The most recent Hill-HarrisX survey comes after another poll found a majority of voters, 54 percent, believe higher-earning Americans should pay more in taxes

The Hill-HarrisX poll was conducted online among 2,813 registered voters. It has a margin of error of 1.85 percentage points.

1 day ago
What America's Thinking
2 days ago

5 days ago
What America's Thinking
1 week ago