A majority of voters approve of the job President Biden is doing on fighting terrorism, a new Hill-HarrisX poll finds.

Fifty-eight percent of registered voters in the April 9-13 survey said they approve of Biden’s performance on fighting terrorism while 38 percent disapprove.

Sixty-one percent of respondents said they approve of Biden’s job in the White House overall while 39 percent disapprove, steady from last week’s poll. 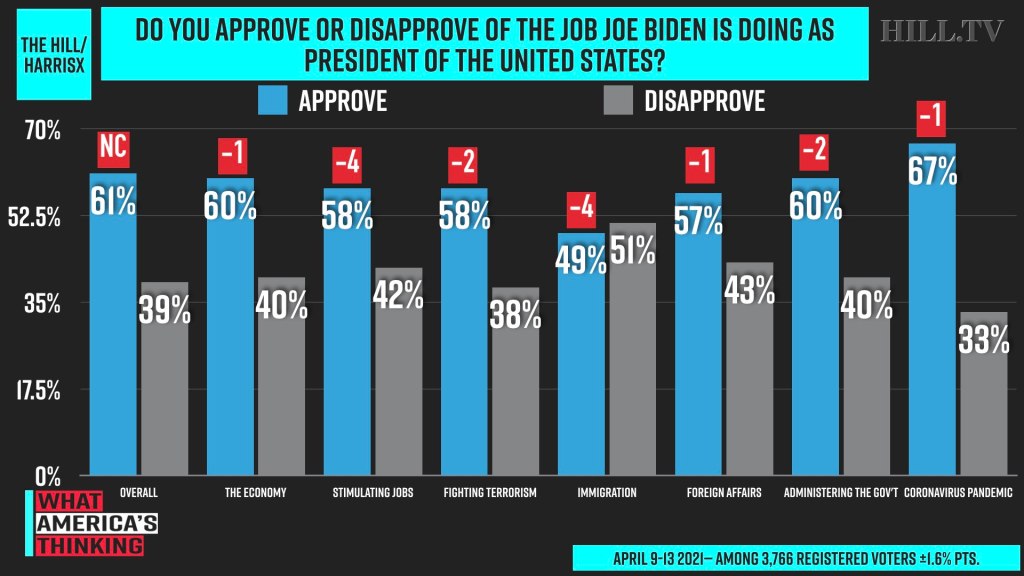 The survey comes amid Biden’s decision to withdraw U.S. troops from Afghanistan by the 20th anniversary of the Sept. 11 terrorist attacks that spurred the conflict.

The Hill-HarrisX poll was conducted online among 3,766 registered voters. It has a margin of error of plus or minus 1.6 percentage points.