A majority of voters approve of President Biden’s handling of the recent violence between Israel and Palestine, a new Hill-HarrisX poll finds.

Fifty-six percent of registered voters in the May 14-15 survey said they approve of Biden’s handling of the recent outbreak of violence between the two countries. By contrast, 44 percent said of respondents said they disapprove. 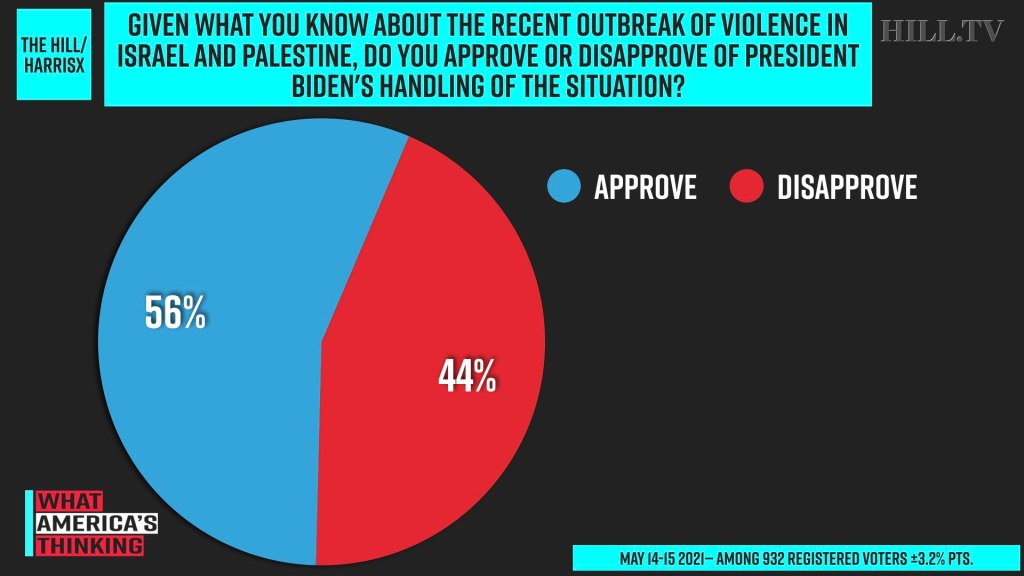 Roughly eight in 10 Democratic voters approve of Biden’s handling of the situation, along with 69 percent of independents.

Seventy-seven percent of Republicans said they disapprove of Biden on the Israel-Palestine conflict. 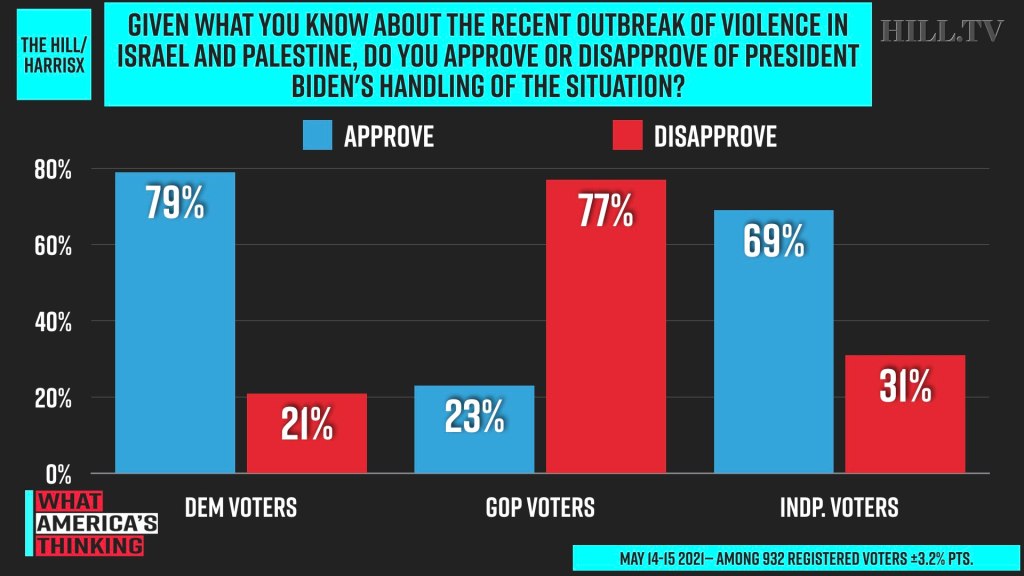 Biden has maintained support for Israel’s right to defend itself against rocket strikes from Hamas; however, the president on Monday also expressed support for a ceasefire amid days of devastating violence in the region.

The most recent Hill-HarrisX poll was conducted online among 932 registered voters. It has a margin of error of 3.2 percentage points.

1 hour ago
The Debrief
3 days ago