Six in ten voters approve of the job President Biden is doing in the White House, a new Hill-HarrisX poll finds.

Sixty percent of registered voters in the May 17-19 survey said they approve of Biden as president, steady from an April 26-28 poll. 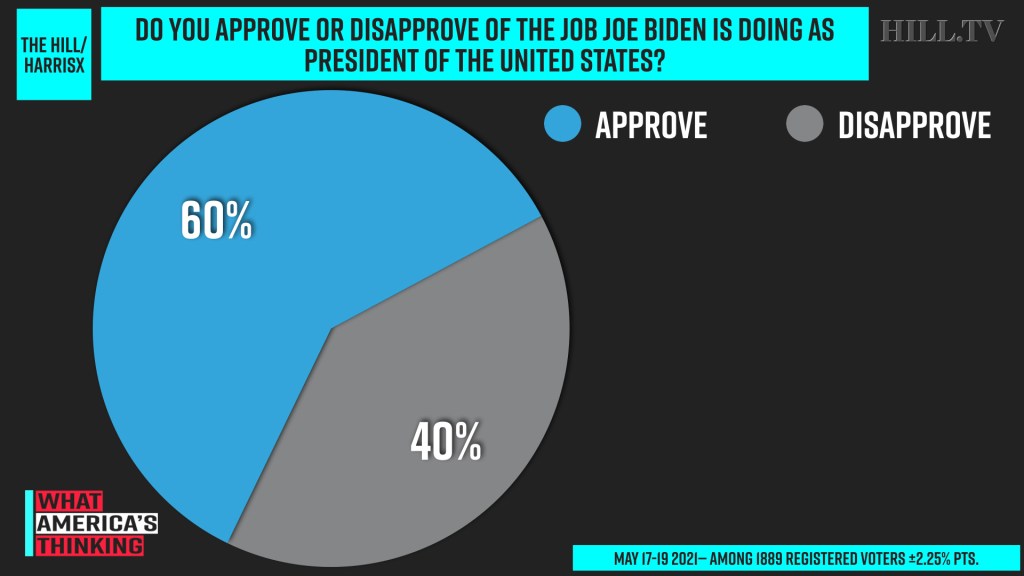 The survey found Biden’s highest support remains on the issue of the coronavirus pandemic while his lowest marks are on the issue of immigration, at 68 percent and 49 percent, respectively.

Fifty-nine percent of voters approve of the job Biden is doing on administering the government.

Fifty-seven percent of respondents approve of him on the issues of the economy and stimulating jobs while he sees 56 percent support on his handling of fighting terrorism.

The survey, which comes after days of violence between Israel and Hamas, found a small drop in support on Biden’s handling of foreign affairs, from 56 percent to 53 percent, in this latest poll.

A cease-fire agreement between the two was announced on Thursday.

The most recent Hill-HarrisX poll was conducted online among 1,889 registered voters. It has a margin of error of 2.25 percentage points.

19 hours ago
Rising
4 days ago