Voters are split on whether they would support or oppose a resolution proposed by Sen. Bernie Sanders (I-Vt.) to stop the planned sale of $735 million in weapons to Israel, a new Hill-HarrisX poll finds.

Fifty-one percent of registered voters in the May 21-23 survey said they would oppose a resolution to block millions in weapons sales to Israel.

By contrast, 49 percent of respondents said they would support the measure. 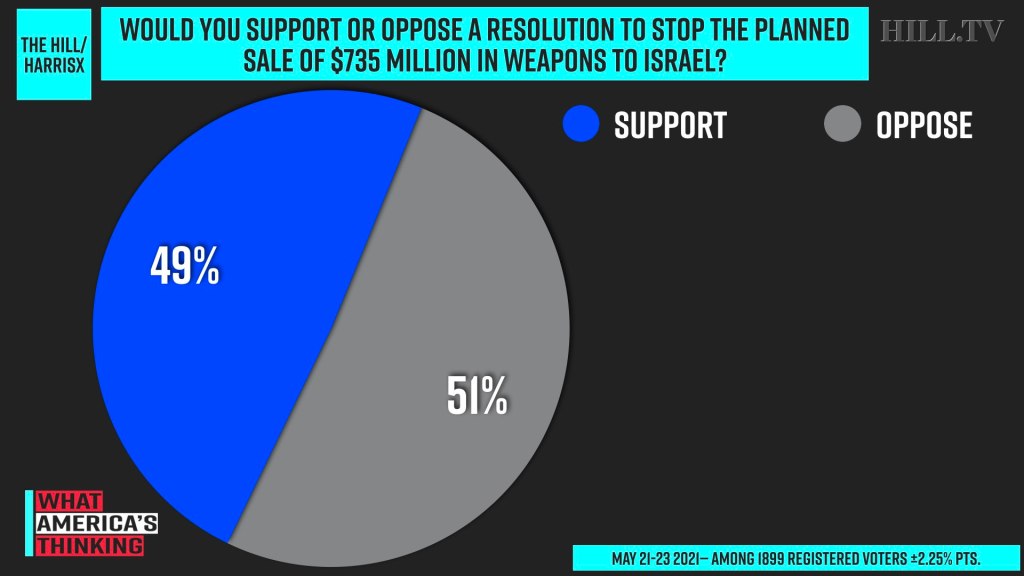 Fifty-three percent of Republican voters said they would oppose the resolution along with 51 percent of independents.

Fifty-three percent of Democrats said they would support the measure.

The survey comes after Sanders introduced a resolution to block the arms sale amid the deadly conflict between Israel and Hamas, which entered a cease-fire late last week.

The resolution is expected to die in the Senate.

The move is said to be a symbolic gesture of the progressive movement’s efforts in shifting the conversation between U.S. and Israel relations.

The most recent Hill-HarrisX poll was conducted online among 1899 registered voters. It has a margin of error of plus or minus 2.25 percentage points.