Fifty-six percent of registered Republican voters in the June 24-25 survey said Biden won the White House because of voter fraud while 25 percent he won fairly and 19 percent remain unsure.

Half of independents said Biden won fairly while 20 percent said he won through election tampering and 31 percent said they are unsure. 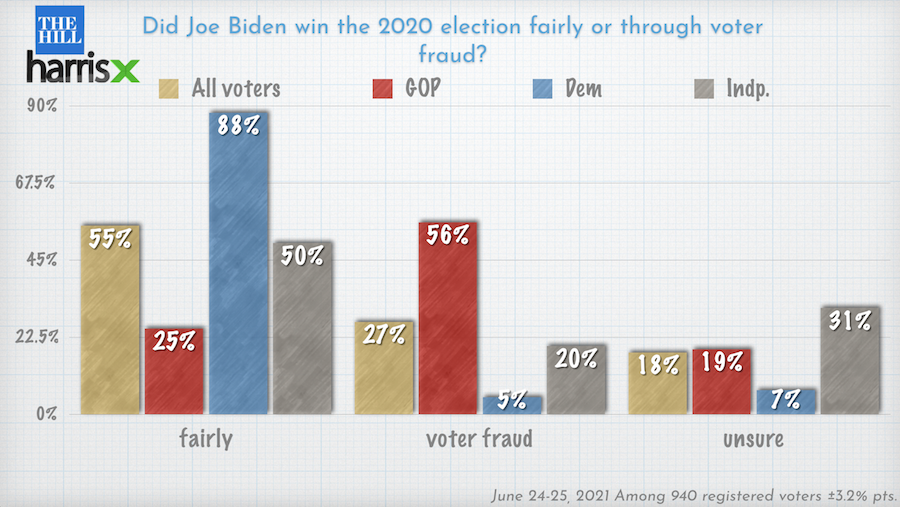 The most recent Hill-HarrisX poll was conducted online among 940 registered voters. It has a margin of error of 3.2 percentage points.