Poll: Plurality say the US should not get involved following protests in Cuba

A plurality of voters said the U.S. should not get involved following the protests in Cuba, a new Hill-HarrisX poll finds.

Thirty-eight percent of registered voters in the July 20-21 survey said the U.S. shouldn’t get involved while 32 percent said the nation should donate COVID-19 vaccines to the Cuban people.

Eleven percent of voters said the U.S. should remove Cuba’s designation as a “state sponsor of terrorism.” 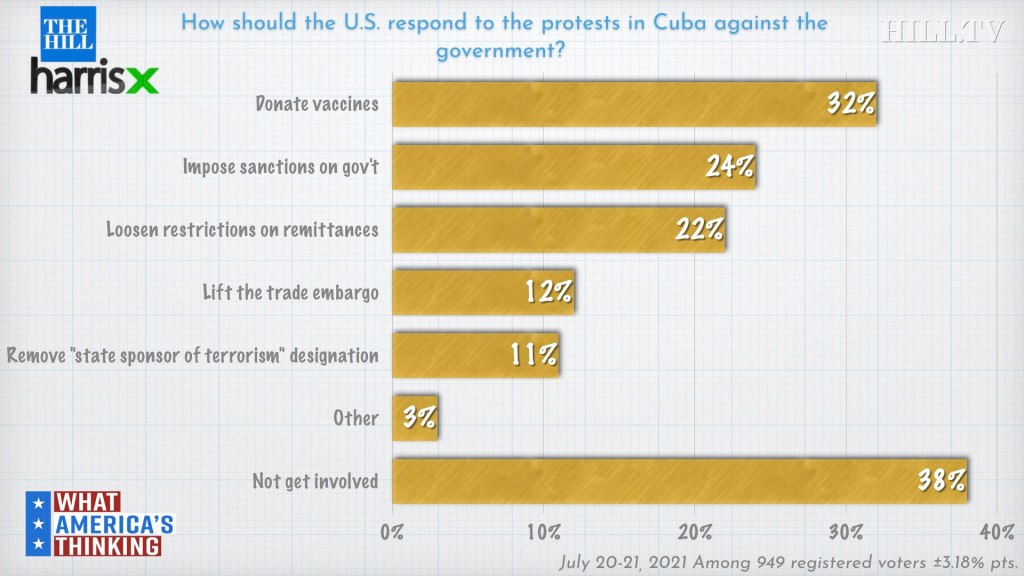 The survey comes as President Biden weighs allowing remittances to Cuba, as well as the reestablishment of consular services.

The Hill-HarrisX poll was conducted online among 949 registered voters. It has a margin of error of 3.18 percentage points.

What America's Thinking
11 hours ago

13 hours ago
Rising
2 days ago