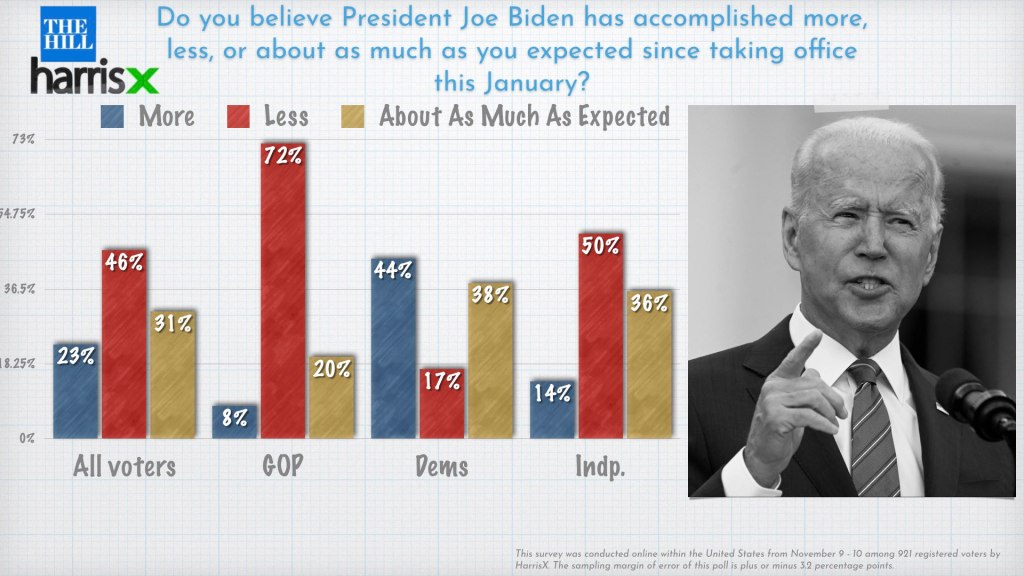 Along party lines, there is a big split on the job Biden has done in the White House.

Seventy-two percent of Republican voters say they think that Biden has done less than expected along with 50 percent of independents.

Forty-seven percent of registered voters in the Oct. 20-23 survey said they disapprove of the president, while 11 percent said they neither approve nor disapprove.

A Sept. 24-25 Hill-HarrisX poll found that 42 percent of voters disapprove of Biden’s job as president, while 11 percent said they neither approve or disapprove.

The survey comes as Biden is expected to sign the $1.2 trillion bipartisan infrastructure package into law on Monday.

The Hill-HarrisX poll was conducted online among 921 registered voters between Nov. 9-10. It has a margin of error of plus or minus 3.2 percentage points.